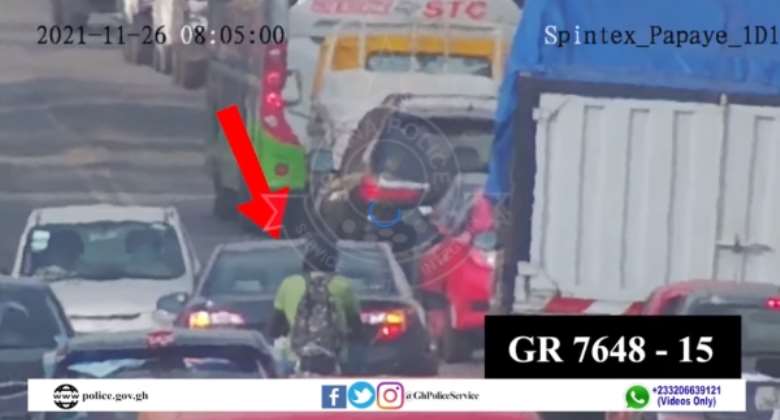 The Ghana Police Service has asked some five drivers to report to the Accra Central Motor Traffic and Transport Department (MTTD) office in the next 24 hours after they were captured flouting road traffic regulations.

In a statement issued by the Police, it says the Motor Traffic Monitoring and Surveillance Centre captured the road traffic offenders on November 26, 2021, between the hours of 6:41am to 9:59am

“These traffic offences were captured in snapshots and video footages along the Spintex Road-Papaye, Airport Traffic Light and Oponglo Junction all in the Greater Accra Region,” a statement on the Facebook page of the Ghana Police Service has said.