Don’t bring back Agyapa deal to Parliament, we won’t support it – Minority 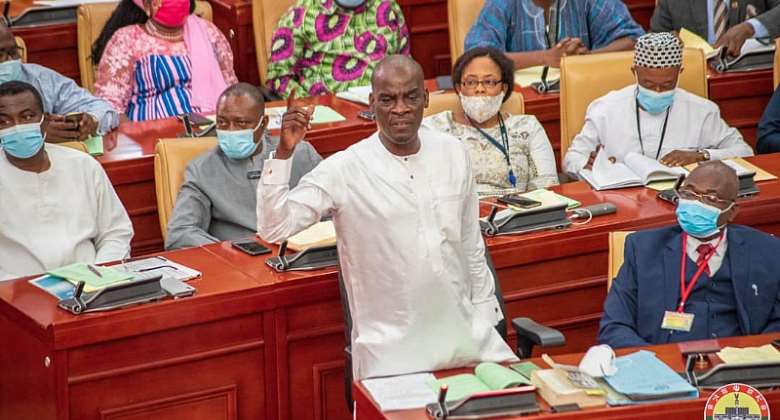 The Minority in Parliament is unwavering in its opposition against the Agyapa Gold Royalties deal, despite government’s decision to restructure it.

The Minority Leader, Haruna Iddrisu, during the final debate on the Budget Statement and Economic Policy of the government for the year ending 31st December 2022, said the Minority caucus will kick against attempts to re-lay the deal before Parliament.

Mr. Iddrisu explained that the Minority’s aversion towards the deal is inspired by the government’s attempt to collateralise Ghana’s resources.

“We will not support President Nana Addo Dankwa Akufo-Addo to bring back to this August House that baby called Agyapa. Ey3 Agyaboni [to wit; it is a bad deal]. We will not accept it.”

Mr. Iddrisu said the negative effects of similarly collateralising the GETFund and Road Fund offer enough reasons for the Minority to oppose the Agyapa deal.

“The reason why we will not support Agyapa is because of collateralising and securitisation [of the nation’s resources]. The NDC started collateralising Road Fund. What has that led us to? Road contractors are not being paid [by the Akufo-Addo government], certificates are held for three and four years with this unacceptable regime, and you want to collateralise our resources? We say no. We will not accept it.”

Hottest Photo Reports
Catch up with all the political quotes from our politicians.
Advertise here
More from Headlines
ModernGhana Links
'Rather than turning yourself into AG's interpreter help Energy Minister to be transparent' – ACEP blasts Kofi Abrefa
Time for Ghana to leverage our digitization for digital manufacturing - Bawumia
‘Aduro woso’ health walk was independently organised – Alan Kyerematen
TOP STORIES