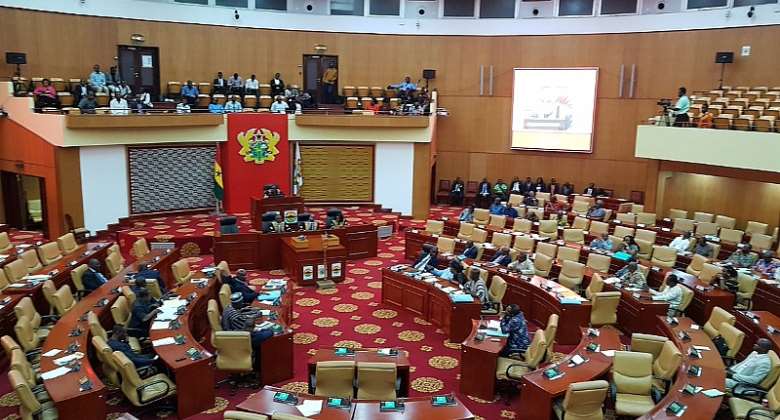 The Speaker of Ghana's Parliament, Rt. Hon. Alban Sumana Bagbin has suspended Parliament for 30 minutes awaiting the Majority side of the House who have been conspicuously missing in the Chamber since morning.

Members of Parliament from the governing New Patriotic Party have failed to show up for today's sittings where the House is expected to conclude the debate on the 2022 Budget Statement and Economic Policy of the government.

When the Speaker entered the Chamber on Friday, December 25, 2021, at about 16 minutes past 1PM, it was only the Minority MPs who had filled the House whiles the Majority side of the aisle was completely empty.

The Speaker decided to suspend sitting after the Deputy Minority Whip, Ibrahim Ahmmed, raised the issue of the absence of the Majority leadership in the House even though they were together in a meeting within the precincts of Parliament.

The Speaker further informed the House that he had 'heard' that the Majority MPs were at a Caucus meeting even though he had not been formally informed.

Until the House resumes in full, the fate of the 2022 'Agyenkwa' budget will hang in the balance.

It's 2:30PM at the time of filing this report and Parliament is still suspended.

COVID-19: Our responsibility to one another is to get vaccin...
37 minutes ago

Bawku disturbance: Cooperate with government to ensure peace...
45 minutes ago