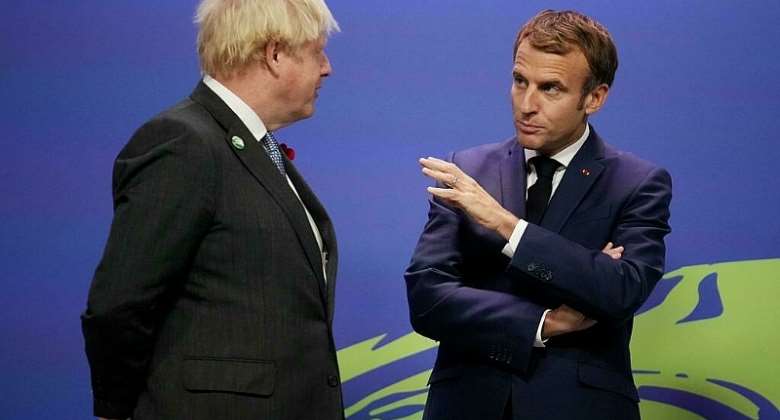 French President Emmanuel Macron has told Britain to "get serious" on solving the issue of illegal migrant Channel crossings, after the British Prime Minister tweeted an open letter calling on France to strike a deal with the UK.

In the letter, Boris Johnson insisted that France agree to joint patrols on its shores and consent to taking back any migrants who succeeded in making the perilous journey to Britain.

Infuriated, Macron cancelled an invitation for British Home Minister Priti Patel to attend a meeting on the crisis in Calais on Sunday.

“You do not communicate via tweets and open letters,” Macron said, adding "we are not whistle-blowers”.

Macron also warned the UK risked being locked out of discussions over how to curb the flow of migrants.

"The (EU) ministers will work seriously to settle serious issues with serious people," he told a news conference in Rome.

"We will then see how to move forward efficiently with the British, if they decide to get serious.”

The meeting, which also included officials from Germany, the Netherlands, Belgium and the European Commission, will still go ahead without British involvement.

Transport Minister Grant Shapps told the BBC he hoped the French would reconsider their response, saying “no nation can tackle this alone”.

The escalation in tensions comes after 17 men, seven women and three children died Wednesday when the inflatable boat they were using to cross the Channel from the northern coast of France lost air and sank.

During a phone call on Thursday, Macron said France and the UK had a "shared responsibility" to tackle the issue, adding he expected the British to "cooperate fully and refrain from exploiting a dramatic situation for political ends”.