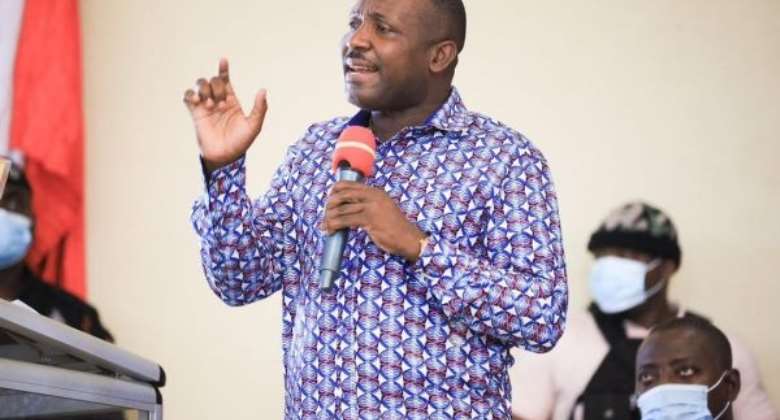 Mr Boadu, this week, questioned why the Speaker did not assume the role of a road toll collector after directing Roads and Highways Minister Kwesi Amoako Atta to withdraw a statement announcing the cessation of the collection of road tolls after the presentation of the 2022 budget.

The Member of Parliament for Adaklu, Mr Governs Kwame Agbodza, threatened to drag Mr Boadu before the privileges committee of parliament for disrespecting the Speaker.

But Mr Johnson Asiedu Nketia has told the NDC MPs not to waste their time responding to Mr Boadu.

He said Mr Boadu is ignorant of the workings of parliament, thus, his outbursts.

“He has not been elected to parliament before, so, he does not know how the house works,” Mr Nketia said.

“If the NPP’s General Secretary had been a Member of Parliament before, he would not have spoken the way he spoke to the Speaker”.

“Don’t waste your time on the unwarranted attacks from the NPP's General Secretary on the Speaker, Kingsford Alban Bagbin,” he told NDC MPs on Accra-based Neat FM.

He called on the NDC MPs to forgive Mr Boadu’s ignorance.