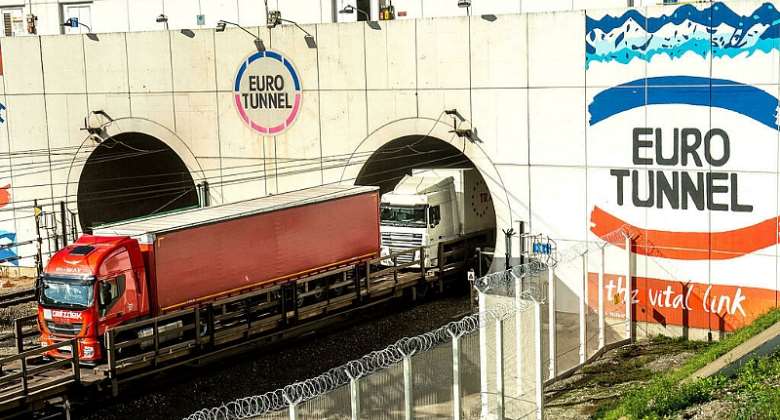 French fishermen are planning to block a series of port and cargo terminals Friday in their push for a political decision over their right to take their trawlers into British waters. Their aim is to disrupt British supply lines in the hope of emptying supermarket shelves.

Crews will target the harbours at Saint-Malo, Calais and Ouistreham in northern France, as well as access to the freight terminal of the Channel Tunnel near Calais.

“The patience of professionals has limits,” said Gerard Romiti, president of the National Fisheries Committee. "We've been waiting for 11 months now with our mouths open.”

Under the EU-UK Trade and Co-operation Agreement, European fishermen can continue to work six to 12 nautical miles off Britain's shores and in the seas off the Channel Island of Jersey as long as they can prove that they were operating there before the conclusion of the Brexit deal between London and Brussels in December 2020.

Since 1 January 2021, 960 French crews have obtained licenses. French authorities claim there are more than 150 to be resolved.

British regulators say they have granted permission to 98 percent of the applications, and that checks are underway on the validity of the remaining cases.

But tension has risen since October. French patrol craft briefly seized a British fishing boat in its waters that did not have the correct papers.

French President Emmanuel Macron and British Prime Minister Boris Johnson discussed the spat in Rome on 31 October on the fringes of the G20 summit.

Earlier this week, a spokesperson for Johnson said the UK's position had not changed.

"We will provide additional licences when the requisite evidence is supplied. We're not negotiating over changing that approach."

Last week, Annick Girardin, France's Maritime Minister, proposed compensation of 60 million euros for fishermen who will not receive a licence. The suggestion of assistance was interpreted as an admission of defeat.

On Tuesday in the French National Assembly, Girardin told Saint-Malo MP Jean-Luc Bourgeaux that she was trying to find a way out of the impasse.

"I am with the fishermen," she told MPs. "We all have to be. I appeal to the union between the professionals of the fishing industry and the French government so that we can fight together in order to obtain the missing licences."

Romiti added: "The British government's attitude is provocative and humiliating. We certainly don't want a handout ... we just want our licences back."