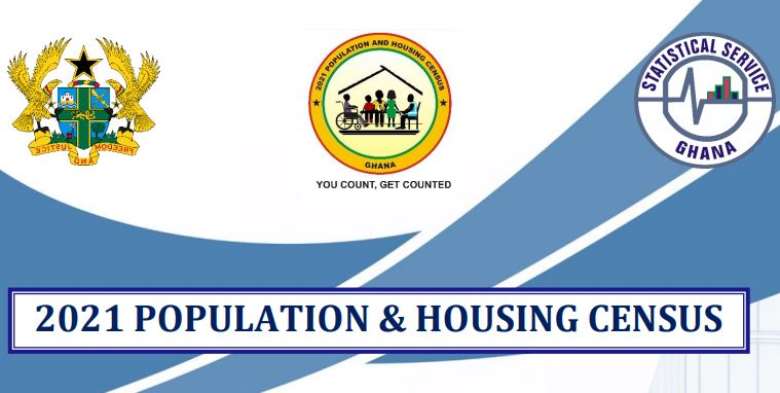 With keen interest, I took my time to read, study and analyse your article titled 1.6 Million “Left Behind”: Errors in Ghana 2021 PHC report “exonerates” U.S. Census Bureau and published on 24th November, 2021, by “Modern Ghana”. Firstly, let me commend you for two reasons: the first is that you read the publication(s) by the Ghana Statistical Service (GSS), and in particular the recent Population and Housing Census (PHC) report. Three volumes (Volumes 3A, 3B and 3C) were launched on 18th November, 2021. The second is that the heading of the article prompted me to also re-read the publications, but this time, more critically, paying attention to details.

Before I discuss the points you raised, let me wear my hat of cultural knowledge and draw your attention to the fact that it wouldn’t have cost you anything to contact GSS, verify or double check your own perceived information and the analysis you present in your article that led to the conclusion you arrived at. I hope, that after reading mine, and cross-checking with the Service (for validation and authentication) you will apologetically eat a humble pie and put up a revised article to inform your readers you were wrong in your analysis and presentation. As a matter of fact, I deduce two perspectives from your findings: you either misread the figures in the Table 5 in Vol 3A, or you embarked on a mission of a hidden mischief. Please permit me to identify for you the errors you made in your analysis and hurriedly published article:

In case you genuinely misread the reports:

Without doing due diligence in reading and attempting a credible analysis, you added the aggregated figure of the Metropolis to that of their respective sub-metros to arrive at your so-called ‘left behind figure of 1.6 million’. For example, in the Central Region, the figure for Cape Coast Metropolis is 189,925, and consists of 70,286 for Cape Coast South Submetro and 119,639 for Cape Coast North Submetro. The figures have thus been counted twice, first separately and as aggregated figure (Table 5-2). The same applies to the other four regions with metropolitan areas.

With the error of double counting, all the other figures given in your Table 3 will be wrong (density, and national share).

In case it is a calculated mischief:

I wouldn’t, the least, have included this arm of my presentation. I have been tempted to do this because of the following reasons.

I agree that we have been admonished to be ‘citizens’ and not ‘a spectator’. Citizens have the interests of their nation at heart, and do not strive to achieve individual interests by running down efforts of national agencies. We can all work together to uphold the dignity of Ghana by allowing her interests override our personal ones. I believe, once you determine that you actually misread the report, you will do the needful. Permit me to borrow and adapt the lyrics of Tupac Shakur and conclude that ‘ALL EYES ON YOU.’

Latest Photo Reports
Catch up with all the political quotes from our politicians.
Advertise here
More from Rejoinder
ModernGhana Links
RE: John Boadu's Visit To The Oti Region; An Attack or Campaign Tour?
Re: Massacre And Dehumanization Of Africans At Melilla Border
RE: Falsehood By Director Of Achimota Bright Future Academy
TOP STORIES