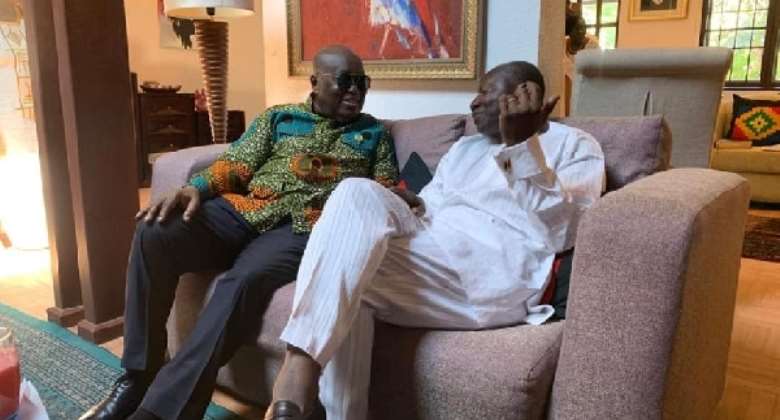 Education Minister, Yaw Osei Adutwum has said for seeking to lay the foundation for Ghana to become globally competitive by reforming the country’s education structure through the 2022 budget, the names President Nana Akufo-Addo and Finance Minister Ken Ofori-Atta will be written in gold in the education hall of fame – once built.

Addressing the parliamentary press corps on Thursday, 25 November 2021 after a budget debate session on the floor of parliament, Dr Adutwum said the 2022 budget contains the “hopes and aspirations” of Ghanaians, explaining: “Aspirations for a better future for this country, aspirations found on the pages of the budget and economic policy document”.

“And if you go to appendix 10c, 10d, 10e, it becomes even more exciting because it tells you the better days of our nation are ahead of us and not behind us”, he argued.

Dwelling on some of the specifics of the budget concerning the education sector, Dr Adutwum said: “Our nation is going to make massive investment in science, technology, engineering and mathematics education”.

“You walk across the length and breadth of this nation and you walk into junior high schools where there are no libraries, no science labs, no computer labs and we still tell the good people of Ghana [that] ‘this is a high school’”, he bemoaned.

According to him, the president “says we should reverse that trend and that we should build new high schools that have all the elements of a high school so, after three years of lower secondary education, you can go to upper secondary education, be equipped with six years of quality education and this budget has allocated potential funds for it; I say potential because it has come to parliament and get an approval for the loans and grants that is going to be used”.

He said: “All that I want Ghanaians to know is that Nana Addo Dankwa Akufo-Addo has a vision second to none in terms of education”.

Rebuffing claims by the minority caucus that the budget must be discarded, Dr Adutwum noted: “As I said on the floor of parliament, I heard some colleagues of mine talking about ‘this budget belongs to the dustbin’ but I believe this budget will belong to the national education hall of fame when one day we build it”.

“The name Nana Addo Dankwa Akufo-Addo will be etched in gold in the national education hall of fame the day that we build it and so will the name Ken Ofori-Atta, the honourable minister, be etched in gold the day that we build our national education hall of fame because this is laying a strong foundation for the Ghanaian economy to be competitive”, he contended.

Beyond secondary education, Dr Adutwum said: “We talk about five STEM universities so that all those new regions without a university will also claim a university and when I hear some colleagues talking about ‘their constituents have told them never to vote for this budget and if they vote they should stay in Accra’, my response is that ‘maybe you have not read the budget to your constituents and if you have read it with them, they will rather tell you to stay in Accra until the budget is approved because our hopes and our future is in this budget’”.

“This budget is going to take Ghana to a new level where we can compete with the rest of the world and that is why, as education minister, I couldn’t have been more excited”, he said, adding: “This is a budget for the 21st century”.