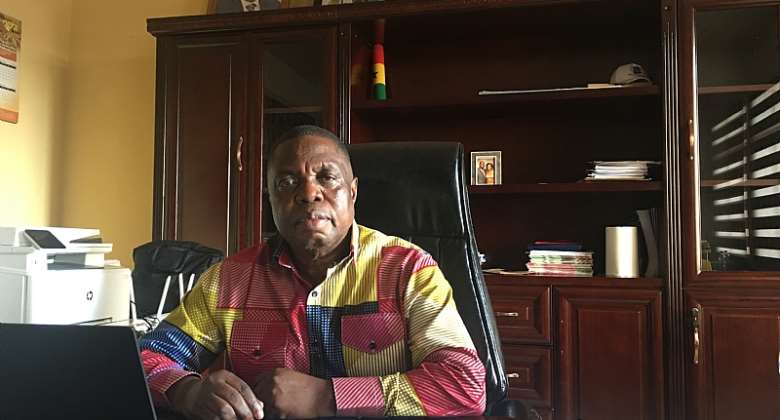 Mr Kwesi Adu Gyan, Bono East Regional Minister has identified the cultivation of rice in Bono East as a major factor that would empower the youth economically as government and stakeholders provides initiatives to cultivate the product in large quantities.

Mr Gyan explained that government would absorb almost all the expenditure including mechanization and land for the cultivation among others so as to encourage the youth to embark on such lucrative ventures to empower themselves economically.

Mr Gyan, in his view, mentioned that the 2022 budget has acknowledged the production of agro-produce including rice in the country and has provided packages such as “You-Start and Obaatampa” that would allow farmers and young people who wish to venture into rice farming and other businesses to access self, capital, standardized loans, learning entrepreneurship and providing access to market for their goods.

Mr Gyan disclosed this in an interview with this reporter on Wednesday at Techiman that the youth were the driving force for national development, however the region has established a purpose vehicle called the Bono East Regional Development company (BEDEC) that would operate as a limited liability with its directives from the Bono East Regional Coordinating Council, House of Chiefs and the National Development Planning Commission to serve as a technical and economic wing and redirect the youth to these developmental initiatives.

"Again, it would also work to bring investment and coordinate economic activities to making the region the preferred destination for agro-processing such as rice and providing access market for the produce in the region.

“About 50 professional farmers has also been identified to serve as mentors for the youth and help them to develop in farming,” he added.

He hinted that land of over 331 valleys covering more than 44,588.8 hectors in the first phase of the production would target about 25,000 hectors of land which would provide opportunities for already existing farmers who are into rice farming, youth, institutions such as the Ghana Prison Service, National Service Secretariate and the Nation’s Builders Corps (NABCO) among others.

Mr Gyan further explained that government is already in discussion with NABCO trainees to extend their contract and within this period would be neutered into agrobusiness.

The move he added would also incubate about 3,000 youth with methods of farming and produce at least five tonnes of rice per hector which would give a total of 125,000 tonnes from only 25,000 hectors of farmland, this he said would take care of the 12 percent of rice been imported into the country.

The Minister further noted that as part of efforts to sustain the programme, existing farmers would pay 50 percent cost of mechanization for starting and pay the remaining cost after harvest.

He added that government would support the youth with 60 percent of the cost through the one billion Ghana cedis allocated to create jobs.

The Minister emphasised that large scale farmers such as commercial farmers would pay 50 percent cost for the start and institutions would pay about 60 percent of the production cost.

Altogether, he again disclosed that, under the Ghana Rice Production Improvement Project the Bono East Regional Department of Agriculture is partnering with Brazil and the Japan International Cooperation Agency (JICA) to receive mechanization and capacity building support for farmers.