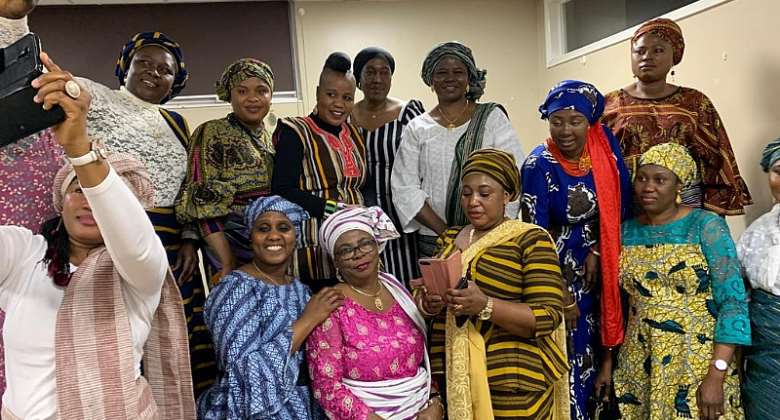 The Dagbon Union UK(DUUK) a charity organisation that advocates for women empowerment and abhors all forms of violence against women and girls has joined the celebration of International Day for the Elimination of Violence Against Women.

The United Nations General Assembly has designated November 25 as the International Day for Elimination of Violence Against Women.

A Press Release issued by the Charity expressed its determination and commitment to fight all forms of violence and discrimination against women and children.

Below is the Press Release:

The United Nations General Assembly has designated November 25 as the International Day for the Elimination of Violence Against Women. The premise of the day is to raise awareness of the fact that women around the world are subject to rape, domestic violence, and other forms of violence; furthermore, one of the aims of the day is to highlight that the scale and true nature of the issue is often hidden especially in the developing countries.

As per a United Nations report, it is estimated that throughout their life, 1 out of every 3 women experiences physical abuse or sexual violence from their intimate relationship or from a non-partner. The report also mentioned that during the coronavirus lockdowns, a significant rise in cases of women's vulnerability to violence was witnessed. Despite this, in places that are prone to conflict, war as well as climate disasters, violence against women saw a huge spike.

According to a recent UN Women research based on information from 13 nations since the epidemic, 2 out of every 3 women have faced some type of abuse, notably food insecurity. Each day, 137 women are killed or murdered by some of their family members, as per the United Nations. Only one out of ten women responded by seeking help from the police, which is a very negligible number. Thus, more effort is required from every nation to guarantee that women of all kinds enjoy a life devoid of domestic violence and other forms of abuse.

This is followed by 16 days of Actions against gender-based violence, ending on International Human Rights Day on 10th December.

Let us individually and collectively in the next 16 days endeavour to galvanise public opinion or highlight the above violence and other forms of violence facing Ghanaian women and try to think about what we can do individually or collectively to eliminate or minimise violence against women. Gender-based violence is not inevitable and prevention is possible and essential. Together we can eliminate all forms of violence against women and girls to ensure that women and girls are heathy, safe, aspire to achieve economic well-being and make positive contribution to society.