Woman killed by boyfriend in Ho-Fiave is a Zambian — Police 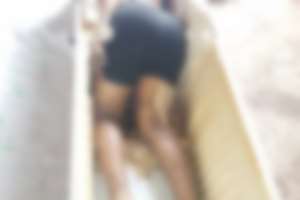 Police detectives in the Volta Region have established the nationality of Elizabeth Mudenda, the deceased in the Ho-Fiave alleged murder case as a Zambian.

The deceased is believed to have been murdered by her boyfriend and concealed in a refrigerator in his room.

She said the principal suspect, Frank, the boyfriend of the deceased, is still on the run and efforts were being explored for his arrest.

Mrs Tenge denied earlier reports of both lovers working at Kekeli Hotel in the Ho Municipality, saying it was only Frank, who is a staff member and on the payroll of the hotel with the deceased regularly accompanying him to the place.

She disclosed that Frank as known in his neighbourhood has multiple identity documents and at the workplace was known as Emmanuel with some documents of the suspect referring to him as Augustine Korsi Fiagbedzi.

DSP Tenge said neighbours and landlady have attested seeing the lovebirds together on Friday but Frank was seen alone on Saturday and Sunday until the incident was reported to the Police on Monday.

Wild flies exposed the decomposing body of the deceased dumped in a double-decker refrigerator by the suspect when some people came looking for the couple at their rented apartment at Ho-Fiave.

This led to a break-in and the discovery of a deceased body covered in her dresses with Frank nowhere to be found.

The body of the deceased has since been deposited in the morgue awaiting autopsy.