Inspector-General Dampare Must Be Allowed to Concentrate on Present Problems 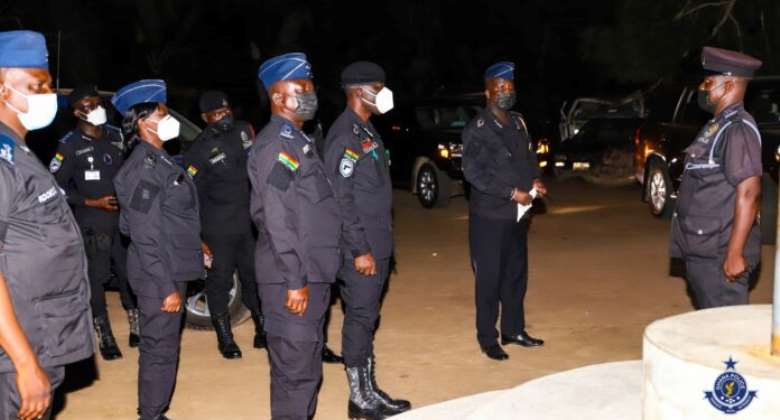 So far, he has more than creditably acquitted himself by ensuring that indicted criminal kidnappers like Mr. Samuel Ofosu-Ampofo, the National Chairman of the National Democratic Congress (NDC), who has since long been implicated in the globally embarrassing Kidnapping of the Three Canadian White-Women NGO Volunteers, do not go back to business as usual, in their dastardly attempt to create a terror-charged climate of insecurity of the kind that prevailed under the Rawlings-Tsikata Tribal Dictatorship of the Provisional National Defense Council (PNDC) Junta of the 1980s, in hopes of having themselves returned to Jubilee House, so that they could continue with their Satanic and ungodly mission of “Creating, Looting and Sharing” the collective wealth and resources of our beloved nation among themselves and their cronies.

Now, having observed the preceding, it is equally imperative for those of us who want to see the newly appointed Inspector-General of the Ghana Police Service (IGP of GPS) resonantly succeed, to remind our fellow Ghanaian citizens that the IGP, Dr. George Akuffo-Dampare, was not appointed with the catchall objective of cleaning up the massive and horrific mess left behind by at least the last four IGPs who preceded him to the topmost position of the GPS. Yes, Dr. Akuffo-Dampare has been on the job, continuously, for some 32 years, literally starting from scratch and working his way up the ladder, as it were. But this very fact of his deep professional depth and breadth ought not to warrant saddling unarguably the best qualified man to be ever appointed IGP to undertake the job of four or five IGPs. It is simply unjustifiable and clearly defies common sense.

The fact of the matter is that this young, smart and energetic man’s hands are already full of a multiplicity of problems ranging from murder, rape and armed robbery which Dr. Akuffo-Dampare has, so far, proven himself to be more than capable of tackling. Then also must be quickly underscored the fact that the IGP does not police the country all be himself; he has a staff of thousands of personnel of all ranks with a huge diversity of roles and functions whose professional needs or logistics he needs to be on the alert to promptly supply and/or satisfy, which obviously gives him very little room and time to be sidetracked by cold cases like ferreting for “Witchcraft-Hunting” murderers and criminal suspects. Which is absolutely in no way to dismiss or completely ignore such cases. Rather, the point here is that there are far too many pressing felony cases that need to be promptly resolved, after which Dr. Akuffo-Dampare could then be expected to studiously focus on cases going back at least a decade or more. That is the most efficient policing is done.

At any rate, it is rather much too intellectually facile and downright disingenuous for any critic or even admirer of the IGP to suppose that s/he could tie the value or professional worth and qualifications of Dr. Akuffo-Dampare solely or wholly based on his ability to solve cold and frozen criminal cases that occurred when he was not at the helm of affairs of the institutional establishment of the Ghana Police Service. You see, already, the IGP has put the certified criminals among the vanguard ranks of the paid Propaganda Wing of the National Democratic Congress to flight, in particular members of the propaganda arm of the 2024 Mahama Presidential Campaign Team. That should send the strongest signal yet that there is a new revolutionary, paradigm-shifting gamechanger in charge at the Osu-Accra Headquarters of the Ghana Police Service.

It is interesting how people like leaders of the National Democratic Congress, who have a bloody and an indelible history of targeting and assassinating Supreme Court Judges, should now be bitterly complaining about what they shamelessly and unconscionably term as the ham-handed approach to law enforcement by the Akuffo-Dampare-headed Ghana Police Service when, in reality, all that President Akufo-Addo’s Chief National Peacekeeping Officer has been about is studiously and religiously preventing pathological nation-wreckers like the terror-mongering Mahama Posse from literally holding Ghanaians to ransom.