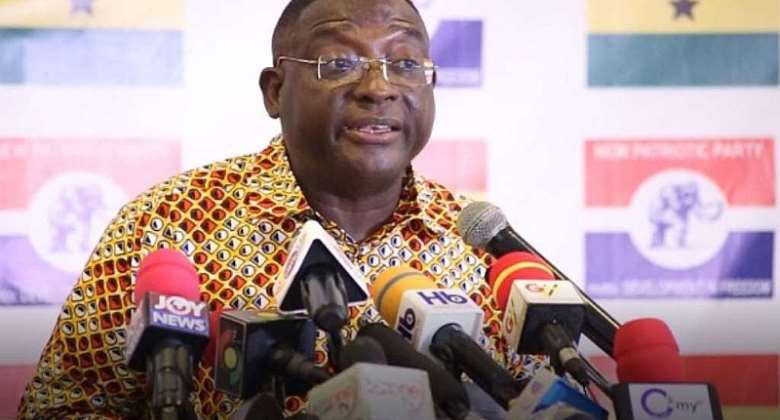 According to him, the E-Levy announced by the Finance Minister during his presentation of the 2022 Budget Statement and Economic Policy in Parliament last week when approved will provide a reliable source of income to be used for the massive development of the country.

“You will now find a reliable source of income towards public growth…, a reliable way of delivering goods and also especially delivering roads. It helps with delivery of hospitals, reliable way of supporting our security services, essentially all the things that are public goods that individuals cannot provide but government must.

“Things which do not bring immediate profits but need heavy investment especially infrastructure,” Buaben Asamoa said while engaging the media in the Western Region on the 2022 budget.

According to the NPP Director of Communications, E-Levy will be the saviour of Ghanaians and will see the country depart from petrol politics where levies are always imposed on the public through the increase of fuel.

“It [E-Levy] gives us the opportunity to depart from the old petrol politics. All the political parties who have governed this country in the 4th Republic have focused on petroleum as a source of taxing. Indeed, there was a time when all you have to do for a budget was to announce an increase in petrol prices and everybody else will increase their prices.

“This has persisted. This year, we have decided based on the novel budget that we will let petrol politics rest and so we are moving petrol out of the political tax bracket and this will be a major departure,” Buaben Asamoa said in his defense of the E-Levy in the 2022 Budget.

Despite the overwhelming acceptance of the Levy by followers of the ruling New Patriotic Party, the majority of Ghanaians seem to be against the move..

The Minority in Parliament at the start of the debate on the 2022 Budget this week has reiterated that it will reject the Electronic Transaction Levy to ensure Ghanaians are not forced to more suffering.