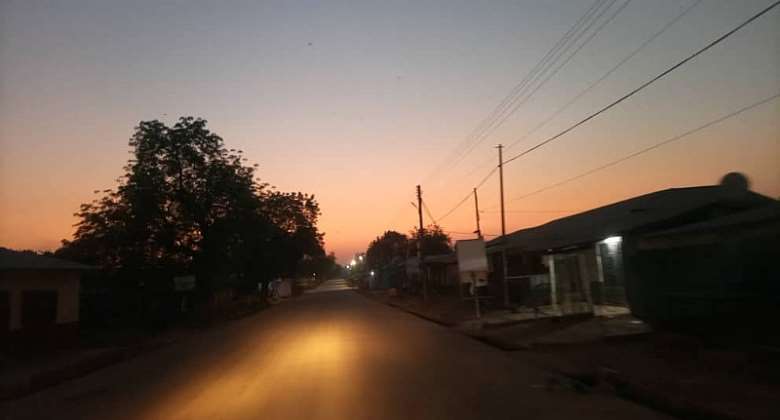 Residents of Bawku and its environs in the Bawku Municipality of the Upper East Region are currently indoors over a curfew imposed by the Ministry of the Interior today.

This comes after reports of sporadic gun shots recorded last night in Bawku over the planned funeral of the late Bawku Naba who died several years ago.

A drive through major towns in the area shows empty streets, locked shops, offices and deserted parks as residents are restricted to their homes.

Animals such as goats, sheep cows and other domestic animals were seen straying in town.

Meanwhile, some food vendors in the municipality expressed unhappiness at the imposition of the curfew saying it will affect their business.

According to the food vendors, all food prepared for evening sales would go waste as a result of the curfew which they say the authorities should have informed them earlier.

Some food vendors who speak to this reporter said the curfew came as a surprise.

A fufu vendor told the news team that even though they heard about the gunshots at dawn people were calm moving about their normal duties.

Robert Azimbe, a resident of Gingande who was also running home during the curfew hours told the news team that he was surprised at the announcement of the curfew.

Memuna Abugri, a worker at the Presbyterian Hospital who was also speeding home on his motorbike said she used to close work at 5:00pm but had to hurry home because of the curfew.

The town has since been taken over by soldiers.