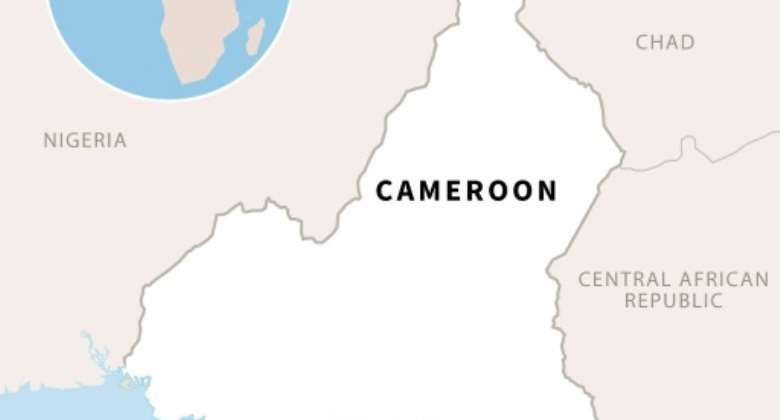 Four students and a teacher were killed Wednesday at a school in a western Cameroon region gripped by conflict between the armed forces and English-speaking separatists, state TV said.

A bilingual secondary school at Ekondo Titi in the Southwest Region was targeted for "murderous attacks by unidentified individuals", CRTV news channel said.

Roger Kaffo Fokou, secretary of the National Union of Secondary School Teachers (SNAES), told AFP that "three students were shot dead. A wounded teacher also died while she was being taken to hospital."

CRTV later reported that a fourth student had died from their injuries, adding that several people were being given hospital treatment.

"The defence and security forces are currently carrying out a sweep to search for the assailants," it added.

"Armed men arrived at the school. They opened fire and threw explosives into the classrooms," the head of a local civil society group told AFP.

There was no immediate claim of responsibility, but schools are among public buildings that armed pro-independence anglophones have targeted as symbols of the state.

The Southwest and neighbouring Northwest regions are home to English-speakers who comprise around a fifth of Cameroon's 22 million people.

Years-long grievances over perceived discrimination at the hands of the francophone majority flared into a declaration of independence on October 1, 2017.

The spiral of bloodshed has claimed more than 3,500 lives and forced around 700,000 people to flee their homes, according to monitors.

NGOs say that killings of civilians and abuses have been committed by both sides.

The US embassy in Cameroon condemned the "horrific attack on innocent children & educators in Ekondo Titi."

"Attacks against schools are unconscionable & must end," the embassy tweeted. The British and Canadian embassies in Cameroon also condemned the attack and offered condolences to the victims.

"This attack is a new reminder of the terrible toll on students" from the crisis in the anglophone region, said Ilaria Allegrozzi, a researcher with Human Rights Watch (HRW).

"The authorities must open an independent, effective and impartial investigation into this attack and bring those responsible to book."

A dozen other children were wounded, either by gunfire or machete.

In September, four suspected separatists alleged to have carried out the attack were sentenced by a military court to death by firing squad, after a trial condemned by HRW as a "sham."

Several death sentences have been issued in the past few years, although no execution has been carried out in Cameroon for more than two decades.

On October 14, anger flared in Buea, the capital of the Southwest Region, after a policeman killed a schoolgirl and was lynched by a mob.

In November 2019, the UN's children's agency UNICEF estimated that more than 850,000 youngsters were without schooling in the English-speaking regions, while 90 percent of state-run private schools and 77 percent of secondary schools were either closed or non-operational.

The presence of the anglophone regions is a legacy of the colonial era in western Africa.

In 1961, part of the British territory, the Southern Cameroons, joined French-speaking Cameroon after it gained independence from France.

The separatist's self-declared entity is called Ambazonia, from the Ambas Bay on the coastline. It is not recognised internationally.