UN envoy to Libya ready to stay on for election, despite resignation 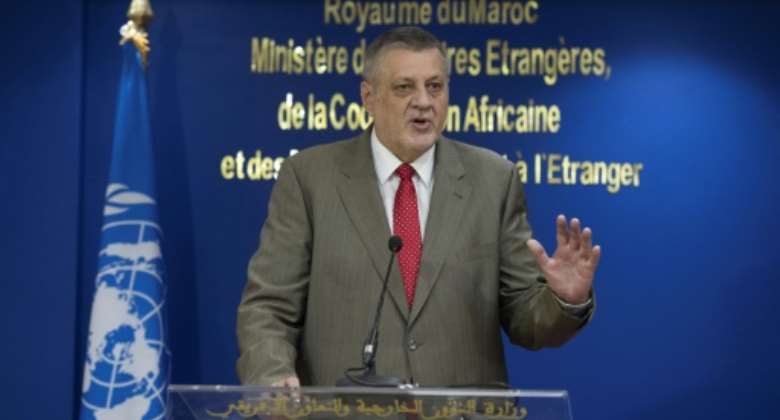 UN special envoy for Libya Jan Kubis said he is resigning, but is willing to stay on during Libya's upcoming elections. By STR (AFP/File)

A day after the UN said its Libya envoy was quitting, the official himself told the Security Council Wednesday he would remain in the job until after the war-torn country's crucial presidential elections next month.

During a monthly meeting of the Security Council on Libya, Jan Kubis said he had tendered his resignation on November 17 to Secretary-General Antonio Guterres.

The UN chief waited until Tuesday to accept his resignation, telling him, according to Kubis, that it would be "effective on 10th of December," and informing the 15 members of the Security Council, some of whom told media on Wednesday they still did not know the reason behind the envoy's decision.

"In the resignation letter to the Secretary-General I confirmed my readiness to continue as the Special Envoy to a transitional period and that in my opinion should cover the electoral period to ensure business continuity provided it is a feasible option," Kubis said.

"I hope an appropriate solution will be found," the 69-year-old Slovak diplomat added.

The presidential election in Libya, which is aimed at turning the page on a decade of civil war, is scheduled for December 24.

Legislative elections initially due to take place the same day were postponed for a month, until the end of January.

In September, the Security Council renewed the mandate of its political mission in Libya, extending Kubis' posting through January 31.

The Council had been split over whether to reconfigure the mission's leadership, with several members calling for the envoy's post to be transferred from Geneva to Tripoli.

Before confirming his resignation at Wednesday's meeting, Jan Kubis said he supported the transfer, which appeared to confirm speculation that he was quitting because he did not want to move to Libya.

Diplomats have said that when moving the envoy's mission from Switzerland to Libya was proposed over the summer, the former Slovak foreign minister had said he did not intend to move to Tripoli.

In a statement approved by all Security Council members Wedenesday, the body reaffirmed its support for the elections, urging "all Libyan stakeholders to commit to accept the elections results and to respect the rights of their political opponents before, during and after the elections."

It warned that anyone who threatens Libya's stability or obstructs the elections "may be designated for its sanctions."