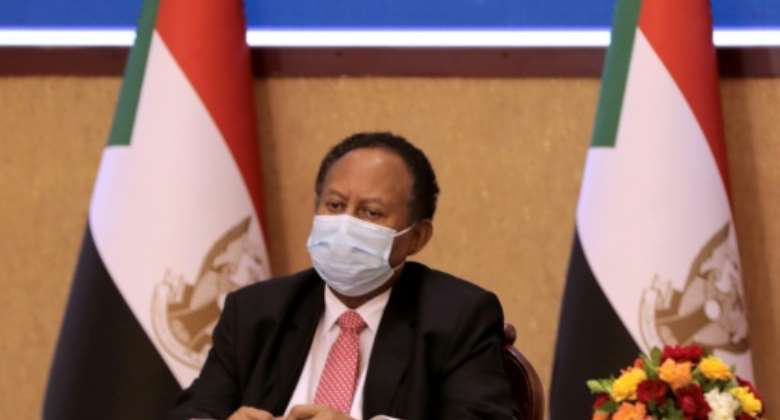 Sudan's newly reinstated Prime Minister Abdalla Hamdok called Wednesday for a halt to sackings and a review of all appointments made after he was detained in last month's military coup.

Sudan's top general, Abdel Fattah al-Burhan, grabbed power and detained Hamdok on October 25, but after international condemnation and mass protests he reinstated the premier on Sunday.

In his power grab, Burhan dissolved major institutions and dismissed the heads of state media, public companies and banks as well as many provincial officials.

Ambassadors who opposed the coup and defected were also fired.

Hamdok himself was placed under house arrest after the putsch, which sparked a wave of mass street protests that triggered a deadly crackdown by security forces.

On Wednesday, Hamdok said he had called "an immediate halt to dismissals and hirings in national and local public institutions until further notice".

The premier, who is still without a cabinet after having returned to his post in a controversial deal with Burhan, said "recent hirings and dismissals will be studied and reviewed".

Twelve out of 17 ministers from Sudan's bloc calling for a purely civilian government resigned on Monday, rejecting Hamdok's strategy of engaging with the military.

Despite the agreement with Burhan that led to the release of a handful of politicians, dozens of others remain in detention.

Sudanese protesters lift national flags during a November 21 demonstration in the capital's twin city of Omdurman. By - (AFP)

In an interview with local media Wednesday, Hamdok said he had partnered with the military in order to "stop the bloodshed" and to "not squander the gains of the last two years".

He was referring to reforms since the 2019 ouster of long-time autocratic ruler Omar Bashir following months of mass street protests.

The deal he signed with Burhan on Sunday, under which he was reinstated, lays down a "clear date" for Sudan's first free elections in three decades slated for July 2023, the premier said.

But protest organisers have accused Hamdok of "treason" and vowed to maintain pressure on the military-civilian authority overseeing Sudan's post-Bashir transition.

Activists have taken to social media to call for "Martyrs' Day" demonstrations on Thursday, in honour of the 42 protesters killed in the post-coup crackdown, according to an updated toll from medics.

Volker Perthes, the UN special envoy to Sudan who helped mediate between the military and civilian factions after the coup, said "tomorrow's rallies are another test of credibility for the 21 Nov. agreement", in a tweet.