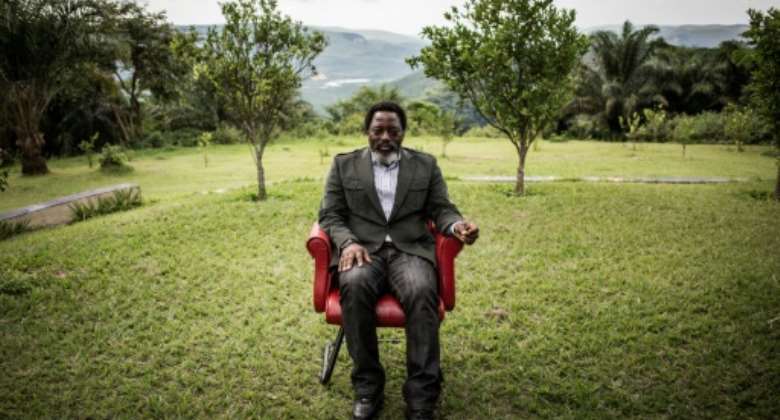 A judicial inquiry has been launched after a media probe based on millions of leaked documents accused DR Congo's ex-president Joseph Kabila and his family of siphoning off $138 million in state funds, a judicial source said Wednesday.

Dubbed "Congo Hold-Up", the investigation by global media outlets and anti-corruption NGOs has sparked outrage in the Central African country.

It accuses Kabila, who ruled the Democratic Republic of Congo from 2001 to 2019 after taking over from his assassinated father, of embezzlements between 2013 and 2018.

Government spokesman Patrick Muyaya said Monday that the justice minister "wrote to the prosecutor on November 20," a day after the investigation began to be published.

The minister "issued an injunction for the purposes of investigation and prosecution," Muyaya said, who also carries ministerial rank.

"We as a government cannot remain on the sidelines in the light of such allegations."

A source in the prosecutor's office to the Court of Cassation -- the country's paramount judicial authority -- told AFP on Wednesday "a judicial inquiry has been opened" following a request from the justice minister.

The inquiry comes after French investigative media outlet Mediapart and the Platform to Protect Whistleblowers in Africa, gained access to 3.5 million leaked documents from the International Gabonese and French Bank (BGFI).

"The documents... show that former president Kabila, his family and relatives received, with the complicity of the BGFI, at least $138 million from state coffers between 2013 and 2018," Mediapart said.

It added that the funds had been siphoned off "through a shell company set up in a garage".

Kabila's media office in a statement rejected "false accusations" and attacked "unjustified harassment from certain powers hiding behind the media."

Poverty is widespread in sub-Saharan Africa's largest country, despite its wealth of gold, coltan, cobalt and other high-value minerals.

In 2018, nearly three-quarters of the population lived on less than $1.90 a day, the World Bank says.

He did not run in December 2018's election, which was won by long-standing opposition figure Felix Tshisekedi who campaigned on a vow to root out corruption.

It was the Democratic Republic of Congo's first peaceful political transition since independence from Belgium in 1960.