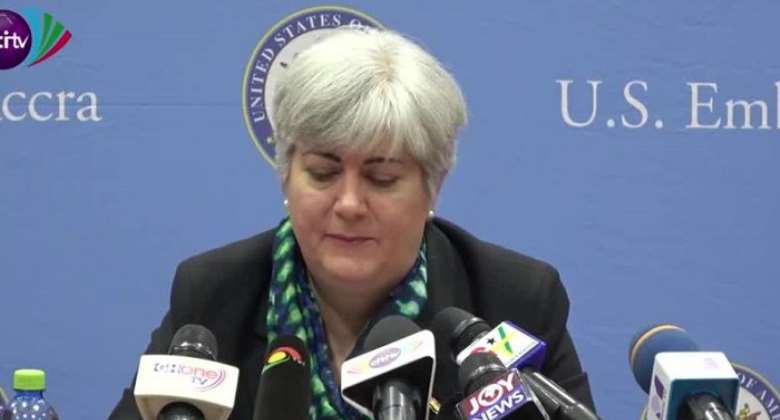 On November 25, the International Day for the Elimination of Violence Against Women, the U.S. Embassy will launch a multimedia campaign as part of the 16 Days of Activism Against Gender-Based Violence.

The 16 Days initiative is a global campaign that draws attention to the problem of violence against women and girls.

“Violence against women and girls robs them of dignity and opportunity. The United States stands firmly against all forms of gender-based violence. All women and girls deserve the right to live free of violence and reach their emotional, educational, and professional potential. When women achieve their full potential, we all win,” said U.S. Ambassador Stephanie Sullivan.

Her Royal Highness Lady Julia Osei Tutu will launch the campaign as the first champion against gender-based violence on November 25; U.S. Ambassador Stephanie S. Sullivan will conclude the campaign on December 10, International Human Rights Day. Other Ghanaian champions will be featured throughout the campaign.

Domestic violence has spiked during the COVID-19 pandemic. Even before the pandemic, more than 30 percent of women experienced violence during their lifetimes. Some are at even higher risk, including women and girls with disabilities, in fragile and conflict-affected states, and members of the LGBTQI+ community.

In addition to daily champions highlighted on the U.S Embassy Ghana’s Instagram profile , the U.S. Mission is organizing other events that empower communities and leaders to effectively combat gender-based violence, including:

Gender equality, fighting gender-based violence, and promoting women’s empowerment has long been a cornerstone of U.S. foreign policy. In October, the Biden-Harris Administration issued first-ever national gender strategy to advance the full participation of all people – including women and girls – in the United States and around the world.

The Mission’s 16 Day’s campaign will be united by common hashtags #16days, #16DaysofActivismGh, #EndGBV, and #OrangetheWorld.

We say no to Bagbin's political charlatanism, partisan chica...
34 minutes ago

IGP cause arrest of police officer for allegedly harassing f...
50 minutes ago