Alarming Rise in People  at Risk Amid Conflict in Yemen's Ma'rib 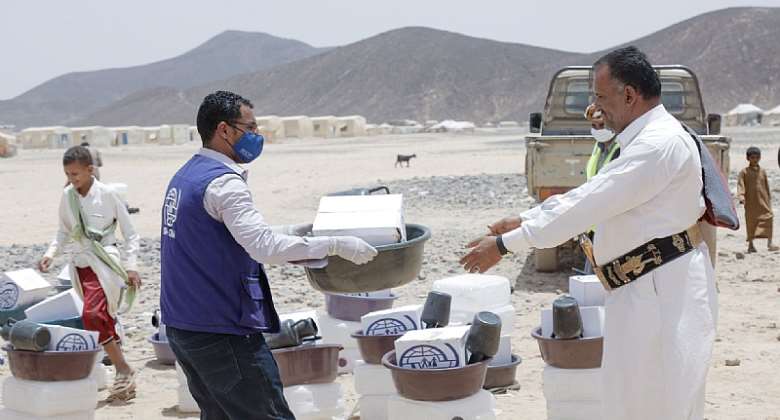 Ma’rib – The International Organization for Migration (IOM) is sounding the alarm on the worsening humanitarian situation in Ma’rib governorate where armed conflict is taking a heavy toll on displaced persons, migrants and the communities that host them. IOM urgently calls on all parties to end the ongoing hostilities and appeals for urgent funds to support those affected.

Active frontlines have shifted in the past two months more than any time this year. The number of people forced to flee their homes in Ma’rib – many for the fourth or fifth time – has escalated to more than 45,000 people displaced since September, according to IOM’s Displacement Tracking Matrix (DTM).

“IOM is extremely concerned about the prospect that hundreds of thousands of people might be forced to move again if violence reaches the city, as well as rising civilian casualties and the destruction of civilian infrastructure,” said IOM Yemen’s Chief of Mission, Christa Rottensteiner.

“We join the humanitarian community in calling for an end to hostilities, respect for international humanitarian law and also for urgent resources to scale up the response,” she said.

The governorate’s 137 displacement sites have seen a nearly ten-fold increase in new arrivals since September. As the largest organization working in the area, IOM teams are providing essential relief – including water, sanitation, shelter, household items and cash to cover urgent needs – in 61 sites. Since the beginning of the year, IOM has reached more than 200,000 people in Ma’rib with aid.

“We’ve not witnessed this much desperation in Ma’rib in the last two years as we have in the last two months,” Rottensteiner said. “Communities are being repeatedly displaced and arriving to our sites in dire need of the most basics.”

The Chief of Mission said new influxes of internally displaced persons are straining already overcrowded sites. “We’re now seeing, at times, up to 40 people with no choice but to share one small tent,” she said.

Humanitarian actors are planning for rising displacement to continue, and urgently require more funds. IOM appealed for USD 170 million in 2021 to meet the increasing needs of displaced, conflict-affected and migrant communities in Yemen. Only about half of these funds have been received. The USD 3.85 billion Humanitarian Response Plan for Yemen is only funded at 57 per cent.

DTM estimates that 10,000 people fled their homes in September when conflict began to surge. This trend continued at alarming rates, doubling in October when nearly 20,000 were displaced.

As of 20 November, more than 15,000 people fled conflict-affected areas to safer places in Ma’rib this month. As frontlines approach the city, more people are fleeing to Ma’rib Al Wadi, the governorate’s remote eastern part where services are lacking, than to the urban centre.

Among those affected are some 3,500 migrants who IOM estimates are stranded throughout the governorate. The shift in frontlines continues to impede the journeys taken by migrants to reach and depart from Ma’rib on their way to the Kingdom of Saudi Arabia.

Migrants in areas close to the fighting have been at even greater risk of detention, forced labour and sexual violence since the recent escalation of conflict. IOM is responding to their health and protection needs at its Migrant Response Point and in sites where many have settled.

IOM’s humanitarian operations in Ma’rib are supported by the governments of Germany, Japan, the Kingdom of Saudi Arabia and the United States, as well as EU Humanitarian Aid, the United Nations Central Emergency Relief Fund and the Yemen Humanitarian Fund.

IOM’s Global Crisis Response Platform provides an overview of IOM’s plans and funding requirements to respond to the evolving needs and aspirations of those impacted by, or at risk of, crisis and displacement in 2021 and beyond. The Platform is regularly updated as crises evolve, and new situations emerge.