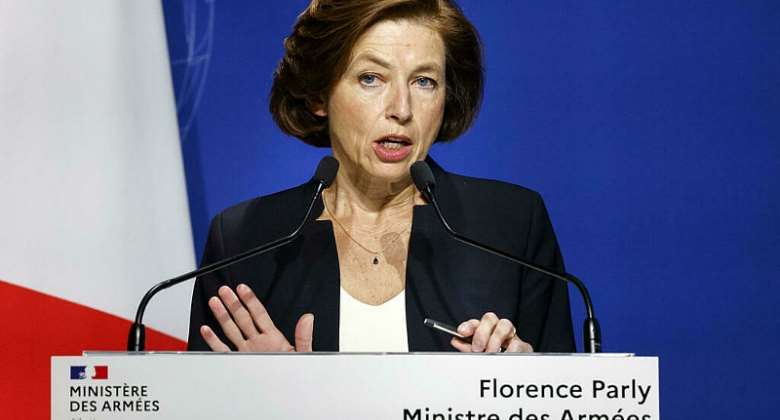 France's defence minister has called for an investigation into reports that Egypt used intelligence supplied by the French military to target and kill civilians suspected of smuggling.

The information, based on leaked documents, was published by the investigative website Disclose.

Operation Sirli, the name given to the mission between the two countries, was designed to provide intelligence on the jihadist threat along Egypt's western border with Libya, Disclose said in its report published on Sunday.

"In principle, the mission...consisted of searching the western desert to find possible terrorist threats coming from Libya, using a light aircraft designed for surveillance and reconnaissance," it said.

"But very quickly, the [French] members of the team understand that the intelligence supplied to the Egyptians is used to kill civilians suspected of contraband," the Disclose post reads.

According to hundreds of leaked documents, the French military was implicated in at least 19 airstrikes against civilians between 2016 and 2018.

The whistleblower came to Disclose because they were concerned that despite French military staff regularly notifying their superiors of the abuse of the intelligence, nothing was done, explains Ariane Lavrilleux, one of the journalists involved in the investigation.

"This tarnishes the discourse of France, which has fashioned itself as a partner in the fight against terrorism, when it's not the case at all. On top of that, this mission has participated in state sponsored crimes" Lavrilleux told RFI, adding that the funding came in part from the budget set aside for the Barkhane operation.

"This throws up a number of serious moral and legal problems," she says.

Parliamentary inquiry called
Within hours of the story's publication, a statement from France's defence ministry confirmed that the two countries had arrangements in the field of intelligence and counter-terrorism.

For security reasons, however, they refused to reveal any more details on the matter.

The statement added that Defence Minister Florence Parly had asked for an investigation to be launched into the information revealed by Disclose.

The left-wing opposition France Unbowed party issued a statement calling for a parliamentary inquiry into the allegations.

The party called for Foreign Minister Jean-Yves Le Drian, who served as defence minister during the Hollande presidency, to come before parliament to explain what was going on.

Lavrilleux says neither the French presidency, ministers nor any of the arms of the military responded to multiple requests by Disclose to explain the situation.

When she attempted to approach Le Drian with some questions she was prevented access by his security staff.

"This shows they are deliberately not wanting to acknowledge their responsibilites," she said.

Loyal clients
Operation Sirli began in February 2016 during the presidency of Francois Hollande as part of a wide reaching strategic partnership.

It continued despite the reservations expressed by both French military intelligence (DRM) and the airforce about the misuse of intelligence by Egypt, said Disclose.

One such note was addressed to French Defence Minister Florence Parly on 22 January, 2019, before French President Emmanuel Macron's official visit to Egypt.

Although France has expressed a desire to refocus its arms exports on Europe, Egypt remains one of its main clients.

Its sales there increased considerably when President Abdel Fattah al-Sisi took power in 2014.

France has allowed a lucrative commericial arrangement to overshadow military decisions, Lavrilleux says, with the surveillance mission in the Egyptian desert simply part of satisfying a "good client".

"The public debate in France about the sale of arms is forbidden," she adds."There is very little or no democratic control, and there isn't enough parliamentary oversight into who we sell arms to and why. The minister for defence hands over a 200 page report each year and that's it," concludes Lavrilleux.

She cites a similar difficulty faced by MPs to launch an inquiry into arms sales to Yemen, where thousands of civilians have been killed in the civil war, a subject investigated by Disclose in 2019.