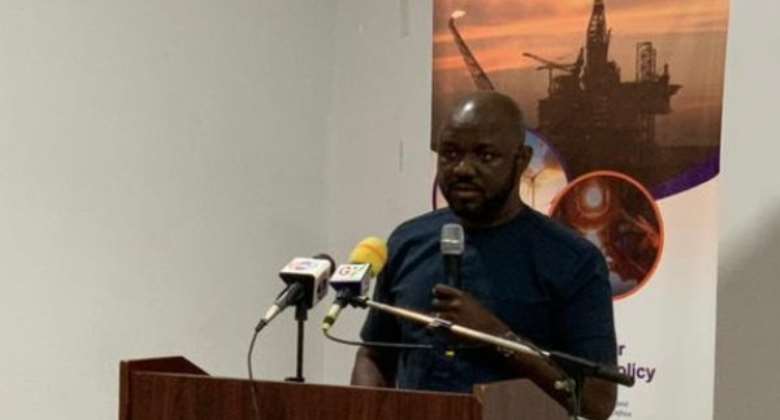 Mr Benjamin Boakye, Executive Director of the Africa Centre for Energy Policy (ACEP), has called for the automation of premix fuel delivery chain to curb illicit trade of the product.

He also called on stakeholders to expedite action on the installation of automated fuel dispensing and monitoring systems across all landing sites across the country to ensure transparency and allow fishermen to equally access premix fuel.

The Executive Director made the comments on Tuesday at the National Policy Dialogue on Digitisation of Premix Fuel Supply in Accra.

The Executive Director said the diversion of premix fuel whilst en route to its delivery point and hoarding of the product for sale at exorbitant prices, were some of the problems that bedeviled the fishing industry.

However, he said if stakeholders pushed for the automation of the delivery chain, the problems facing the industry would cease.

Mr Boakye said to this end, the Centre was collaborating with the National Premix Fuel Secretariat to facilitate the transition from manual processes to an automated system to ensure transparency.

He said this was done by fixing tracking devices in trucks that transported the fuel and also by tightening supervision.

However, he said the human factor involved in the delivery chain still created space for hoarding of the product, making it inaccessible to fisher men.

“Pre-mix fuel can be used for other uses, as such, some fishermen buy it to fuel their generators. 'Okada' riders also buy it. Currently, its an open access and anybody can walk to any landing beach claiming he is a fisherman, and then buys the fuel to do other things.“

“Digitization is the best way to go now. To solve the problem, the fishermen will be given automated cards which they'll use to purchase the fuel from the machine. This will eliminate the middlemen off the supply chain,” he added.

The Administrator said to halt illegalities in the sector, they had secured Cabinet's approval for the rollout of the automated premix fuel dispensing unit to help consolidate the efficient distribution of premix fuel.

He said in the first quarter of next year, the automated fuel dispensing and monitoring systems would continue to be piloted in 50 out of 300 landing beaches across the four coastal and two lake regions of Ghana.

“Having successfully piloted the technology at Nungua in December 2019, the system has been able to solve effective tracking, promote accountability and transparency, increase revenue and enhance value addition, amongst others,” he said.

Latest Photo Reports
Catch up with all the political quotes from our politicians.
Advertise here
More Oil and Gas
ModernGhana Links
Recycling is one sustainable solution to curbing plastic waste – Petroleum Expert
Upstream oil and gas sector contributed 3.83% to GDP in 2020 — John Kumah
Annual crude oil production dips by 17.7% — PIAC
Cedi's poor performance to push fuel prices up by 4% —IES predicts
Sulphur level of 50ppm waived till December 2024, continue to produce diesel and petrol at 1,500ppm — NPA to local refineries
Fuel prices will go up marginally at the pumps, our projection is different from COPEC’s – NPA
'Be price sensitive' – NPA caution consumers amid decline in fuel prices
Covid-19: Omicron to drive fuel prices down in December — IES predicts
Check here for breakdown of what goes into fuel pricing in Ghana
TOP STORIES