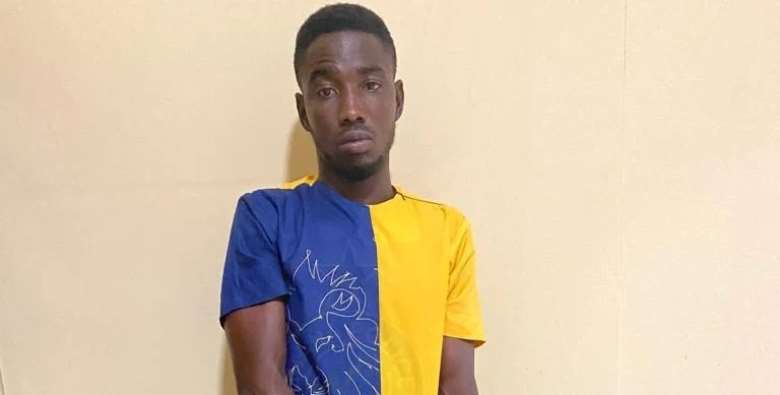 The Ghana Police Service has confirmed the arrest of the young man captured in a viral video loading a pump-action gun with cartridges and issuing threats.

“The Police Intelligence Directorate, yesterday, Monday, November 22, 2021, arrested suspect, Nii Ponponsuo, after seeing a viral video in which the suspect was captured loading a pump-action gun with cartridges and making threatening utterances,” part of a statement issued on the Facebook page of the security agency has said.

It adds, “The Police after reviewing the video conducted a special exercise that led to the suspect’s arrest from his hideout. A search conducted led to the retrieval of one 12 bore SB pump-action gun. Currently, he is assisting the Police investigation and will be put before court tomorrow, Wednesday, November 24, 2021.”

The Police Administration is cautioning the Ghanaian public to desist from such acts.

In a caution, the Police say persons caught will be dealt with according to the law.