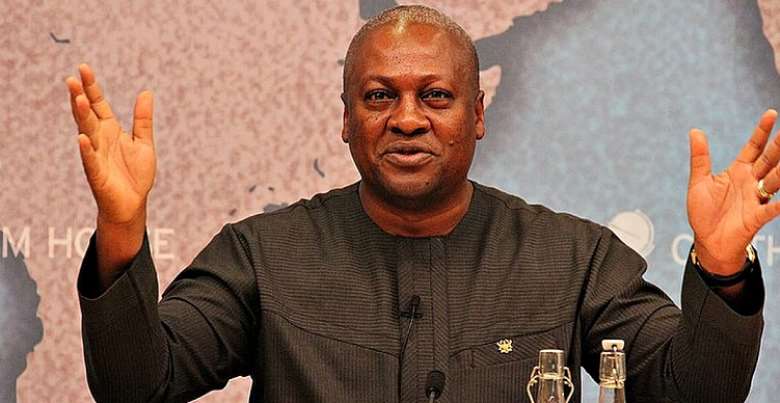 The era, NPP members, including Nana Akufo Addo, Bawumia, party supporters, and the tribal-links media, made the majority of Ghanaians understand that John Mahama is the most corrupt in the political history of Ghana has passed.

Time will always tell, we have come a long way after five years to know today what the impact of chronic corruption and real incompetency in Ghanaian politics are.

I will not accept this and certainly, based on what we have seen so far in today's Ghana under Nana Akufo Addo's government, there is no intelligent Ghanaian that will assume that John Mahama is the most corrupt politician.

We have witnessed so much that no publication can change our mind that Mahama is the most corrupt. The media has failed Ghana in addressing this particular issue.

The political landscape in Ghana changed completely after the brutal murder of journalist Ahmed Hussein-Suale, yet many weren't expecting it to be like that taking into consideration how Mahama was attacked ferociously by the media during his tenure.

"Yéti sika su ekom di hen," were the con words that stole the heart of the Ghanaians to believe that Ghana is being ruled by the most corrupt African leader called John Mahama.

Then followed another deceitful promise, "I, Nana Addo Dankwa Akufo Addo, will protect the public's purse." Again the flattering words stole the hearts of desperate Ghanaians, including the unemployed to believe that Mahama is a devil.

Who wouldn’t like a leader who is ready to protect the public’s purse? Mahama was kicked out in 2016.

Power drunk Akufo Addo forgets himself that the common Ghanaians are those who allowed him to be where he was through votes. He chose a lifestyle that suits him best without concentrating on the needs of the people.

Akufo Addo appeared to be the only Ghanaian leader that has cut sods than anyone, yet can’t boast of any projects he has completed, while incurring a huge debt on Ghana.

Under his administration, corruption increased, significantly, followed by the collapse of several banking institutions in the country.

We have witnessed today the worst kind of corruption more than what John Mahama was accused of without any media to proclaim that because everyone is scared. I am not.

When Mahama was president, no matter how bad the economy was can't be compared to today's Ghana's economy under the NPP government.

Besides, Mahama didn't incur such a heavy debt on Ghana., despite that he faced demonstrations and political unrest which today, we can’t see anything similar under the real corrupt Nana Akufo Addo.

Frankly speaking, the era majority of Ghanaians were made to believe Mahama is corrupt has passed because what we have seen is enough for ourselves. If you lack the wisdom to see that then ask one from God.