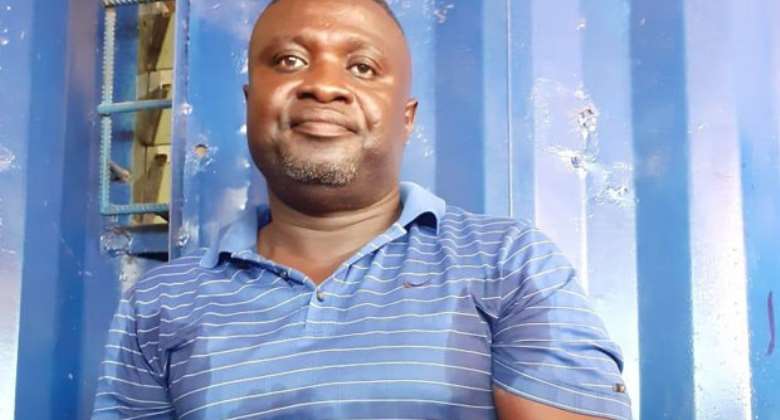 Information reaching DGN Online reveals that one of the four suspected armed robbers arrested at Weija, a suburb of Accra is believed to be a National Security operative.

Nana Yaw Arko who had in his possession a National Security temporary ID card and a Gota is said to be an operative with ID No. MNS2/TEMP/21/296.

The Weija Divisional Police Command announced the arrest of four suspected armed robbers who reportedly broke into the residence of some persons at Ajasco Red Top, at Kokrobite.

According to a statement issued by the Ghana Police Service and signed by Director General, Public Affairs, Assistant Commissioner of Police (ACP) Kwesi Ofori, the suspects on November 18, 2021 made away with three laptops, an iPhone 8 plus, three Infinix smartphones, Tecno Camon 7 smartphone, a Bluetooth speaker, an extension board, three phone charges, two laptop chargers and an unspecified amount of cash from their operation in the Weija area.

The statement explained that the Police received a complaint about the incident and undertook an 8-hour operation which led to the arrest of three suspects at Aplaku and Ajasco Red Top on Saturday, November 20, 2021.

The fourth suspect, Nana Yaw Arko was later arrested at his hideout at Labadi in Accra.

“A search on them led to the retrieval of assorted phones, a taxi cab, 3 laptops, 1 motorbike, 1 locally manufactured pistol, a police vest, 1 Gota and 14 assorted wristwatches.”

“All four suspects will be arraigned on Monday, November 22, 2021. Meanwhile, efforts are underway to get other accomplices arrested to face criminal charges,” according to portion of the statement.