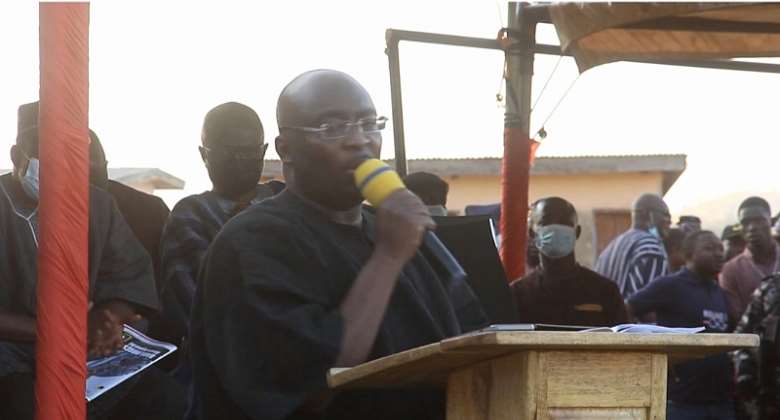 The Vice President of the Republic of Ghana Dr Mahamudu Bawumia has paid a tribute to Late Naba Moses Appiah Abaare IV describing him as a wise counsel, good political strategist and a God-fearing person.

The Vice president said this at Binaba in Bawku West District when he led government delegation to grace the occasion.

Dr. Mahamudu noted that the late Naba Abaare was development-oriented and a strong member of the NPP party.

He added that Moses Abaare would be missed in the New Patriotic Party family as a man of peace, cared for his people the country at large.

Naba Moses Appiah Abaare IV died on the 27th of April, 2021 after a short illness at Tamale Teaching hospital.

Naba Moses Appiah Abaare was the District Chief Executive for Bawku West under President John Agyekum Kufour administration. He served from 2001 to 2007.

Naba Abaare contest the parliamentary elections under the NPP ticket in 2008 and lost.

He was born on May 15, 1956, and until his death, he played various roles in the development of his community and the Kusaug at large.