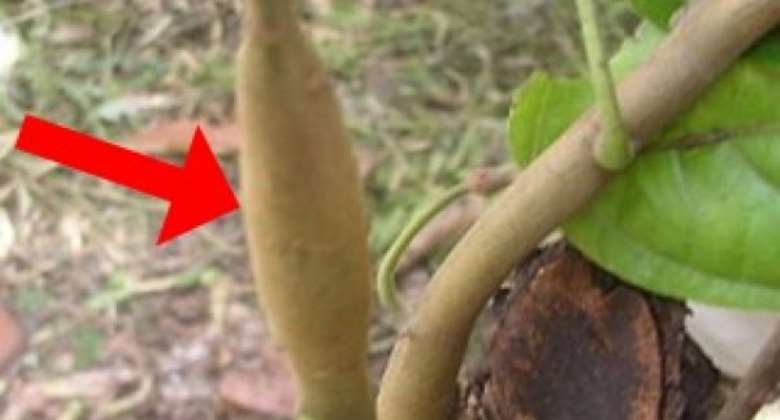 A total of 43,281 cocoa trees affected by the swollen shoot disease have been destroyed on 106.58 hectres of farmlands in the Dormaa Central Municipality of the Bono Region.

The figure represents almost 100 per cent of farmland affected by the disease last year under the Productivity Enhancement Programme (PEP).

The PEP aims to check further spread of the disease and help restore the affected cocoa farms to their original status to boost yield.

Mr Benjamin Adu-Bobbie, the District Cocoa Officer of Dormaa Ahenkro, said this in an interview with the Ghana News Agency on the level of progress and challenges facing the programme's implementation and cocoa rehabilitation exercise in the area.

He said besides the cocoa trees, other tree crops destroyed in the rehabilitation process included kola nuts and 'onyina' trees, which were host trees, to prevent the disease from spreading.

The disease was mainly prevalent at the border community between Dormaa Central Municipality and Dormaa West District, affecting 513 hectres of farmland, he said.

Mr Adu-Bobbie said the PEP commenced in Western North and Eastern regions on pilot basis and was later extended to other cocoa districts – Dormaa and Nkrakwanta in the Bono Region and Sankore and Dadiesoba in the Ahafo Region.

"Unlike previously where compensation was paid to only farmers, under the new policy, government has an arrangement to pay both the land owner and the farmer an amount of Ghc1000. Government again recruits farmhands to work to restore and rehabilitate the farm," he added.

He said his office and the Cocoa Health and Extension Division of Cocobod exceeded their projections for last year, adding; "We were given 50 hectors upon which we cut down cocoa trees but we exceeded that, reaching 106.58 hectres".

Out of the 513 hectres they were expected to cover 400 hectres, Mr Adu-Bobbie said, and expressed optimism that those projections could be met with the necessary support and resources.

He called for an improvement in the awareness creation and sensitisation on the PEP concept to enable more farmers to embrace it, saying there were lots of evidence to show that farmers who allowed their farms to be worked on were beginning to reap positive results.

Mr Adu Bobbie called for the provision of boreholes to supply water to the communities.

Covid-19: Pre-packed snacks should be served in planes to cu...
36 minutes ago