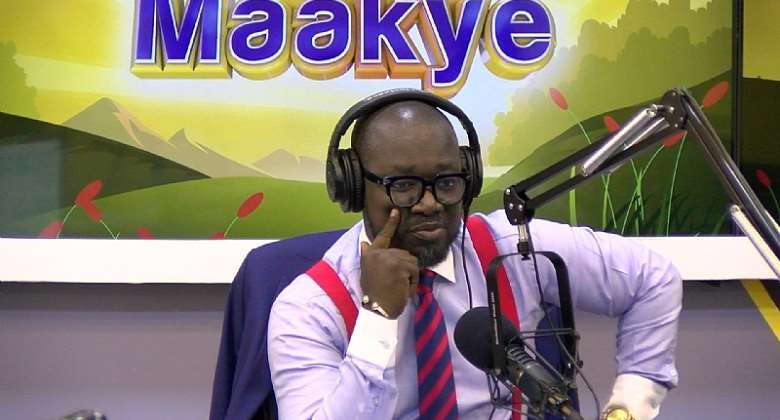 ModernGhana News can authoritatively report that renowned Talk Show Host, Omanhene Yaw Adu Boakye has resigned from Kessben Media after 17 years of selfless and excellent service to the company.

The Radio and Television Program (RTP) award winning broadcaster who has raised the Kessben FM morning show from a low-level listenership to sought-after show, and even taken it to international levels from the beginning of their television channel is said to have had few challenges with the management of the media house.

Deep throat sources at Kessben TV-Accra told ModernGhana News Monday morning that his resignation comes as a shock to staff of the company.

“We were at work this morning waiting for him to come and start the Maakye show, he came to the office only to hand over his resignation letter to [the General Manger] Mr. Aninkora.

“We are aware of a few issues between him and the top brass of the company but cannot tell exactly which one of them moved him to take such a drastic and shocking decision,” our insider told this reporter.

Many people who tuned in to Kesben Television and Kessben FM hoping to hear his charming voice was dashed. One of his colleagues, Akuoko Kwarteng was heard hosting the ‘Maakye’ on a Monday Morning which prompted ModernGhana News to dig further.

Frantic efforts by this reporter to get some management to tell what made the renowned versatile show host, who rose through the ranks to become Programs Manager of the Media entity resign has proven futile as they remained tight-lipped.

Omanhene Adu Boakye in times past reportedly refused mouth-watering offers from Multimedia, Media General and some media houses due to his full support and loyalty to Kessben Media, hence his sudden resignation has come as a shock to staff and Management.

His “Food for Thought” segment, which is an inspirational and motivating segment between 5am and 6 am on the Morning show would really be missed by loads of listeners as it has impacted several lives over the years.

ModernGhana News is doing everything possible to break the silence of management of the media conglomerate about his resignation to feed the itchy eyes of our readers and followers.