Ex-hotel driver on trial in France over Rwanda genocide 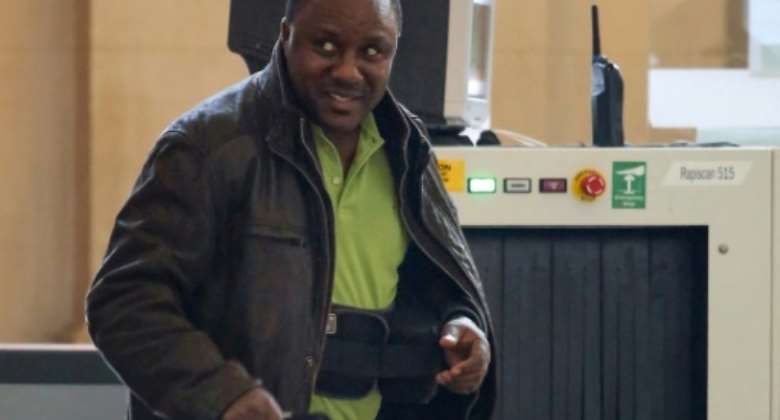 Claude Muhayimana is the first 'ordinary' citizen to go on trial in France for his alleged role in the Rwanda genocide. By Marion Ruszniewski (AFP/File)

A former hotel driver goes on trial in Paris on Monday accused of complicity in Rwanda's 1994 genocide by transporting Hutu militiamen who massacred hundreds of Tutsis.

Claude Muhayimana, who investigators say also hid Tutsis at risk of death and helped some escape, fled after the genocide and gained French nationality in 2010. He faces a life sentence if convicted.

The genocide, one of the worst atrocities of the 20th century, saw 800,000 minority Tutsis and moderate members of the Hutu majority slaughtered in just three months, in massacres orchestrated and inflamed by the authorities.

Around 50 witnesses are expected to testify at what will be the third trial of Rwandan genocide suspects in France, whose legal system grants universal jurisdiction to judges prosecuting crimes against humanity.

But Muhayimana will be the first "ordinary" citizen to face justice having been considered "respectable all around" before the killings, said Alexandre Kiabski, a lawyer for the Collective of Civil Parties for Rwanda (CPCR), one of the plaintiffs.

He dismissed claims by the defence that Muhayimana had no choice but to obey the Hutu authorities, saying "there were other drivers who refused".

The trial is expected to last a month, and feature dozens of witnesses include 15 from Rwanda. Covid-19 travel restrictions prompted judges to postpone the trial earlier this year.

Tens of thousands of Tutsis were murdered as they sought shelter in schools, churches and hotels. By Simon Wohlfahrt (AFP/File)

Muhayimana was arrested in France in 2014 after an investigation by Paris prosecutors specialising in crimes against humanity that was prompted by a victims' association.

He spent a year in preventive detention before being released on probation, when he resumed his work as a road repair agent in the northern French city of Rouen.

Now aged 60, he is accused of knowingly driving Hutu police and militiamen called the Interahamwe to carry out massacres in the western Kibuye region.

Tens of thousands of Tutsis were murdered as they sought shelter in schools, churches and hotels.

Investigators also discovered that he had hidden Tutsis at risk of death and helped some flee.

"He is going to fully explain himself," his lawyer Philippe Meilhac told AFP before the trial. "This is a man who has been waiting 10 years for this."

Around 30 trials of other Rwanda genocide suspects remain to be heard by French courts. By Simon Wohlfahrt (AFP/File)

But relations between the two countries have warmed considerably since a historians' report commissioned by President Emmanuel Macron and released in March recognised France's "overwhelming" responsibilities in failing to halt the massacres.

That was followed by a visit by Macron to Kigali in May, when he acknowledged that his country had ignored warnings of the impending massacres while backing the genocidal regime.

"If this trial can contribute to the need for memory and pay homage to the victims, that's already a lot," said Nima Haeri, a lawyer for one of the civil plaintiffs.

Latest Photo Reports
Catch up with all the political quotes from our politicians.
Advertise here
More from Rwanda
ModernGhana Links
Blinken raises 'serious concerns' on rights in Rwanda talks
US Secretary of State Blinken arrives in Rwanda to discuss tensions with DRC, human rights
Blinken in Rwanda on final leg of Africa trip
TOP STORIES