Ghana among countries with the highest fuel prices in Africa 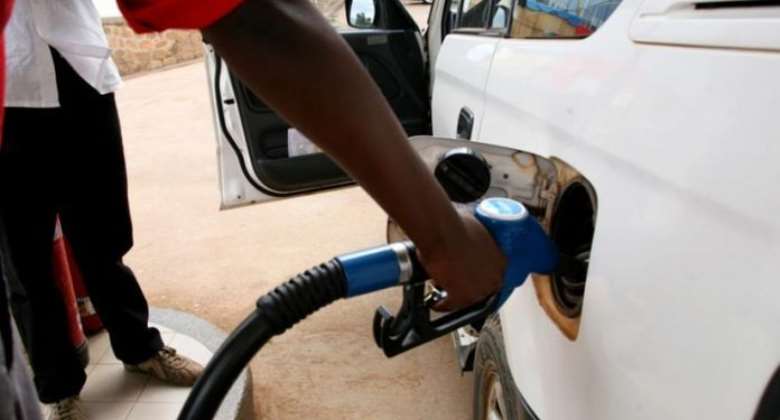 Cycling to work may soon be, if not already, an imperative as the consistent jump in fuel prices in the country since September has secured Ghana a top spot on the list of African countries with expensive fuel prices.

Although Ghana's price is still far lower than the global average of GH¢ 9.28 ($1.5), it comes 11th on the table of 44 African countries with the most expensive fuel.

This is according to data analyzed from Global Petrol Prices, an open source platform that gathers data on the cost of different fuels across the world.

The data gathered from official government sources, regulatory agencies and petroleum companies show that on the continent of Africa, fuel is least expensive in Algeria, selling at GH¢ 1.22 ($0.20) per litre, while Zimbabwe holds the unenviable title as the country with the highest fuel price selling at GH¢9.76 ($1.6) per litre.

10 most expensive African countries for fuel

In the West African sub-region, Ghana is only third behind Cape Verde and Senegal having the highest fuel price.

Understandably, Nigeria, an oil-producing country has the lowest price in the sub-region followed by Sierra Leone and Benin per the weekly data as of 15th November, 2021.

Fuel prices have stayed a topical issue in Ghana due to its direct impact and cascading effect on almost every aspect of the Ghanaian economy.

With an active and fast expanding transport sector amidst a boom in motorized delivery services, the prices of goods and services are almost immediately affected by the slightest change in the price of fuel.

The Ghana Private Roads of Transport Union (GPRTU), the country's largest union of commercial drivers is considering an increase in transport fares pending the conclusion of negotiations with the government.

The price buildup of petroleum products in Ghana is made up of almost 40% taxes and levies, a situation some analysts have bemoaned.

The Chamber of Petroleum Consumers (COPEC) says there are about 11 taxes, levies and margins on every litre of fuel purchased and this totals about GH¢2.43.

This includes the most recent taxes; an additional 10 pesewas as Sanitation and Pollution Levy (SPL) and 20 pesewas as Energy Sector Recovery Levy per litre of fuel.

If the GPRTU’s negotiations are completed, transport fares are expected to increase, just as energy sector analysts expect the price of fuel at the various pumps to go up ahead of Christmas.

Latest Photo Reports
Catch up with all the political quotes from our politicians.
Advertise here
More Oil and Gas
ModernGhana Links
Recycling is one sustainable solution to curbing plastic waste – Petroleum Expert
Upstream oil and gas sector contributed 3.83% to GDP in 2020 — John Kumah
Annual crude oil production dips by 17.7% — PIAC
Cedi's poor performance to push fuel prices up by 4% —IES predicts
Sulphur level of 50ppm waived till December 2024, continue to produce diesel and petrol at 1,500ppm — NPA to local refineries
Fuel prices will go up marginally at the pumps, our projection is different from COPEC’s – NPA
'Be price sensitive' – NPA caution consumers amid decline in fuel prices
Covid-19: Omicron to drive fuel prices down in December — IES predicts
Check here for breakdown of what goes into fuel pricing in Ghana
TOP STORIES

Security delegation from Accra land in Nkoranza over murder ...
18 minutes ago