CHASS pushes for practical code of conduct for schools 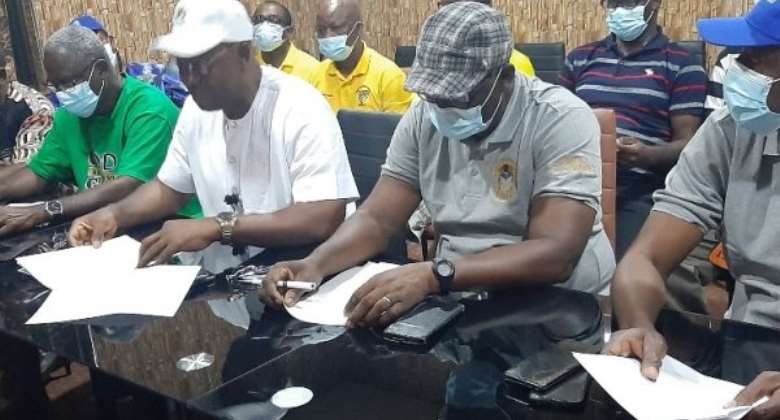 The Conference of Heads of Assisted Secondary Schools (CHASS) has called on the management of the Ghana Education Service (GES) and stakeholders to initiate a workable code of conduct for schools to check the current spate of indiscipline.

The CHASS in a communiqué said: “We note with concern the growing indiscipline in our schools and the dilemma of some Heads in tackling these disciplinary issues in the face of growing Child Rights issues.”

The communique was jointly signed by the President of the CHASS, Alhaj Yakub A. B. Abubakar, and its Secretary General, Mr Kwame Owusu Aduomi, at the end of the 59th Annual Conference in Bolgatanga, Upper East Region.

CHASS in its week-long Conference held on the theme; “Discipline and Child Rights in our Schools: the fate of the School Head,” affirmed in the communique the need for immediate action by stakeholders to curb the growing instances of indiscipline in schools.

It recognised the fundamental principles of the Free Senior High School (FSHS) policy that prescribed that “No child must be left behind,” and indicated that CHASS as a professional body was committed to the smooth, uninterrupted and successful implementation of the policy.

However, CHASS said to ensure the effective and efficient running of schools, the idea of allowing pregnant girls to stay in schools and interact with their peers had more dire disciplinary consequences and should be reviewed.

It called on the management of the GES to come out with clear-cut and documented guidelines on the role of the Parent-Teacher Associations in schools to avoid the situation where Heads were penalised, interdicted, or asked to step aside for violating verbal directives.

“The rampant threat of interdiction of Heads and frequent invitation of Heads to Headquarters over issues that could be handled at the District and Regional levels has become a matter of concern to CHASS since it erodes the confidence of the Heads in managing the schools effectively,” it said.

Among the numerous concerns raised, CHASS also called on the Ministry of Education (MoE) and the GES to “seriously look at the completion of the so many abandoned projects scattered around our school compounds across the country even though CHASS recognises that some effort is being made in this direction.”

The Heads further requested the MoE and the GES to take immediate steps to expedite action on the provision of textbooks for elective subjects, and supply buses and pick-up vehicles to the remaining schools that did not benefit from the first consignment to ease their transportation challenges.

They also advocated a comprehensive assessment of the furniture and infrastructural needs of schools and steps taken to provide them, “Avoid the imbalances in their provision and distribution as seen in some instances so as to ensure equity.”