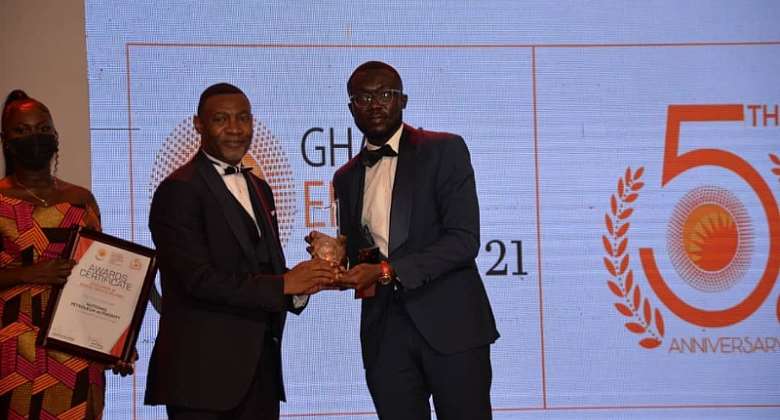 The National Petroleum Authority (NPA) has been recognised by organizers of Ghana Energy awards for its continuous commitment to policy initiatives on digitalization, aimed at sanitizing the petroleum downstream industry.

Dubbed “Excellence in Digital Service Delivery”, the award is in recognition of the Authority’s deployment of technologies such as the tracking systems for bulk road vehicles and cargoes, the petroleum product marking scheme and the enterprise relational database management system.

These policy initiatives are geared towards improving transportation and safety of petroleum products as well as curbing fuel adulteration and smuggling in the country.

The event which was held at the Labadi Beach Hotel, had the Minister of Energy, Hon. Matthew Opoku Prempeh as the Special Guest of Honor.

Also present at the event was His Excellency, ex-President John Agyekum Kufuor.

The Ghana Energy Awards is endorsed by the World Energy Council, with the aim of recognising the achievements, successes, efforts, innovation and excellence of corporate entities and individuals within the Energy Sector.

It also celebrates the tremendous work of players in the industry competing in various categories of the awards.

Blame Hopeson Adorye for his reckless comment, not NPP – Dr....
35 minutes ago