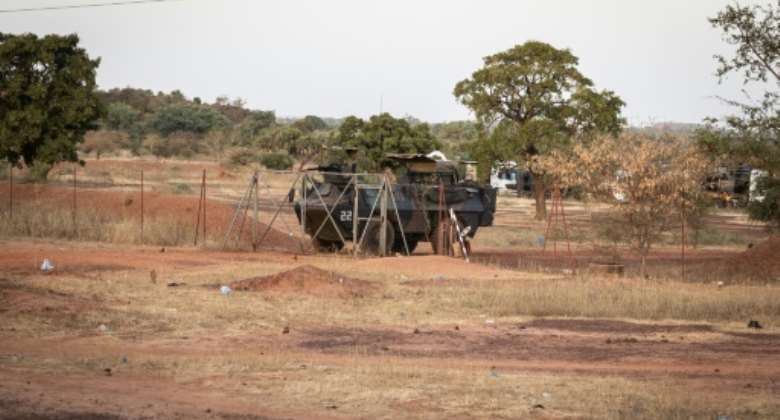 A French vehicle part of the army's convoy moving through the city of Kaya, Burkina Faso. By OLYMPIA DE MAISMONT (AFP)

France has moved a large military convoy after days of protests against its presence in a central city of Burkina Faso, the army said on Sunday.

Local sources said French soldiers had shot and wounded four protesters in Kaya on Saturday -- a claim the army has rejected.

The army logistics convoy, which has been transiting through the city since Thursday on its way to Niger, left without difficulty on Saturday night, French army spokesman Colonel Pascal Ianni said.

The decision to move the convoy dozens of kilometres to the south was made to "lower the tensions and avoid another day of face-to-face confrontation between protesters, Burkinabe gendarmes and French soldiers," he told AFP.

"The situation was quite volatile yesterday," he said.

He said there were only a few warning shots fired into the air and that local police were the only ones that had been in direct contact with the protesters.

"We are in the Sahel to fight against armed terrorist groups and ensure the safety of the population -- not the opposite," he said.

On Saturday, a source in Kaya said that "as the protesters tried to get closer" to the French soldiers, they "fired warning shots", and some received gunshot wounds.

The former colonial power has faced sometimes virulent protests against its presence, particularly in Mali and Burkina Faso.

"There are manipulators -- by social networks, by fake news, by the instrumentalisation of parts of the media -- who play up against France, sometimes even inspired by European networks, I am thinking of Russia," he said.