State media director killed; others injured by a suicide bomber in Mogadishu 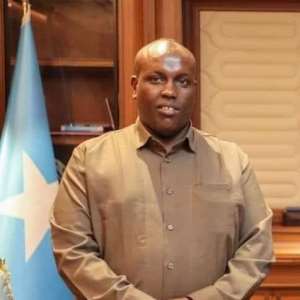 According to a statement by the Mogadishu police, around 7:50pm (local time) on Saturday, a lone person wearing suicide vest had approached Abdiaziz’s vehicle and detonated his bomb as Abdiaziz and colleagues were leaving a local restaurant where they had a dinner. Abdiaziz had died while the director of the state-owned Somali National TV, Sharma’arke Mohamed Warsame and their driver Abdukadir Dhagahow were injured. Both remain in the hospital.

State media journalists told SJS and SOMA that they will bury the body of Abdiaziz today in Mogadishu. He becomes the second journalist murdered in Somalia this year. On 1 March, gunmen shot dead independent journalist, Jamal Farah Adan in Galkayo.

Al-Shabaab claimed responsibility of the attack and said that they had been hunting Abdiaziz for a long time. However, colleagues told SJS and SOMA that it was not clear how the suicide bomber identified the journalists’ vehicle and got knowledge of their movement.

Since leaving the private media and joining into the state media, Abdiaziz has been reporting about the Somali army operations against al-Shabaab since 2010. He was the producer of a TV program critical to al-Shabaab that included interview with al-Shabaab suspects detained by the Somali security forces.

SJS and SOMA condemns this heinous attack and call for independent, thorough and honest investigation. We also express our sorrow and condolences to Abdiaziz’s family as we wish for immediate recovery to the injured colleagues.

Somalia is once again on top of the list of countries where journalists’ killers go free. We call Somali authorities to prioritise end of impunity for crimes against journalists.

“We condemn the heinous attack that killed Abdiaziz Mohamud Guled (Abdiaziz Africa) and injured Sharma’arke Mohamed Warsame and their driver Abdukadir Dhagahow. This attack and previous ones against journalists must be properly and honestly investigated and those responsible held accountable,” Abdalle Ahmed Mumin, the Secretary General of Somali Journalists Syndicate (SJS) said.

“We are saddened by the ruthless suicide attack that resulted the death of journalist Abdiaziz Mohamud Guled (Abdiaziz Africa) and injured Sharma’arke Mohamed Warsame and their driver Abdukadir Dhagahow. We condemn the attack. Somali police must immediately begin the investigation about this particular attack and reveal its perpetrators,” Mohamed Osman Makaran, the Secretary General of Somali Media Association (SOMA) said.