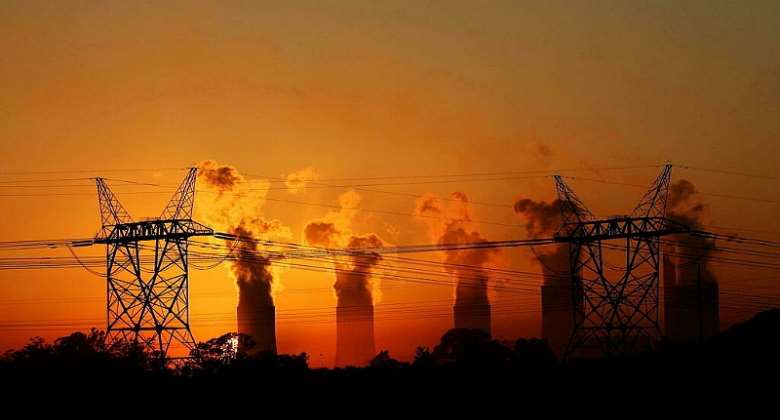 Supports were cut causing a pylon to topple near the Lethabo power station in the northern Free State, close to the border with South Africa's heartland Gauteng province.

It took nine hours to restore power from the facility.

He did not indicate any motive for the action or identify any perpetrators.

De Ruyter has been cautious in the past about discussing inexplicable breakdowns, some at new generating facilities, which have plunged the country into the dark and driven away potential investors.

Post-apartheid South Africa drew industrial investment with a supply of cheap and efficient electricity that enabled the construction of heavy users such as aluminum smelters.

It sold electricity to neighbouring states, effectively powering the region.

Today, poor maintenance of infrastructure, overstaffing and paying exorbitant salaries has mean the power supply is failing to meet its requirements.

Vast areas of the country, particularly in the predominantly black urban townships, illicitly and dangerously connect to the power grid.

Analysts say sabotaging Eskom could be the work of elements bent on damaging the efforts by President Cyril Ramaphosa to reinvigorate the faltering post-Covid economy.

Business mogul de Ruyter has been put in charge of the parastatal and has drawn criticism for the tough measures he is taking to restore its capacity.

Inevitably his opponents, including those who have been responsible for hamstringing Eskom, have played the race card against the white CEO.

Deputy President David Mabuza has leapt to support de Ruyter, saying he is doing his best to restore power to the nation, adding that Eskom is lucky to have a man like him at the helm.

He  said de Ruyter was best placed to revive the indebted and ailing entity.

One confirmed dead in youth, Police clash at Kotobabi Market
19 minutes ago