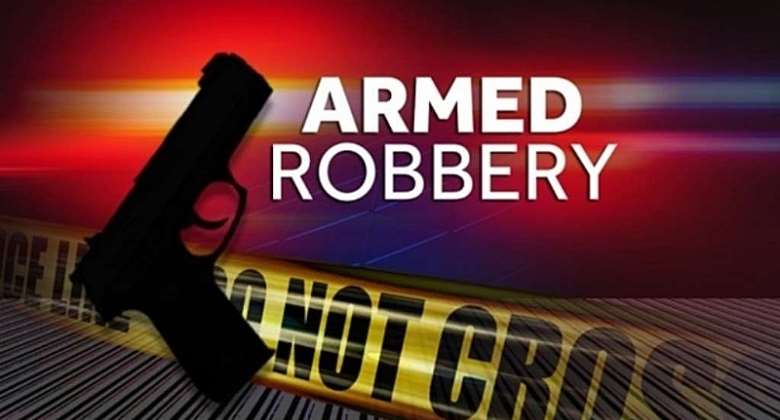 Suspected armed robbers have attacked traders and killed one on the Kugri-Avorsum stretch in the Garu District of the Upper East Region.

The robbery attack happened on Friday, November 19, 2021 when the traders were returning from Songo Market.

This adds to several robbery attacks on that particular stretch and usually on market days.

The Garu Police Command in confirming the incident to ModernGhana News said the suspected armed robbers were welding AK47 and machetes.

The police noted that passengers mostly traders were returning from Songo market to Garu onboard Mercedes sprinter bus.

According to the police, just after Kugri stream the robbers numbering about three pounced on the traders and made away their monies, mobile phones and other valuables.

The police command has since launched a special anti-robbery manhunt for the three suspected armed robbers.

The body has been conveyed to the Bolgatanga Regional Hospital mortuary for preservation and autopsy.

1. The Garu District Police Command in the Upper East Region has launched a special anti-robbery operation to hunt down three suspected armed robbers who attacked some passengers along the Kugri-Avorsum road on Friday, November 19, 2021.

2. The three suspected armed robbers wielding an AK 47 and machetes, attacked the passengers who were returning from Songo Market to Garu onboard a white Mercedes Sprinter bus, just after the Kugri Stream and made away with unspecified amounts of money and mobile phones belonging to the victims.

3. Investigation so far have established that one of the victims, only known as Kwakye, sustained an injury and was rushed to the Garu Presbyterian Health Centre but died while receiving medical attention. 4. The body has been conveyed to the Bolgatanga Regional Hospital mortuary for preservation and autopsy.

5. The Crime Scene management team also visited the robbery scene to gather evidential materials for the purpose of investigation.

6. The Police administration has directed the Garu Police Command to intensify market days patrols and passenger escorts within the Garu District and beyond to safeguard traders and other commuters.

7. We want to assure the public of our resolve to weed out armed gangs in our communities to ensure socio-economic activities are carried out in a peaceful and safe society.