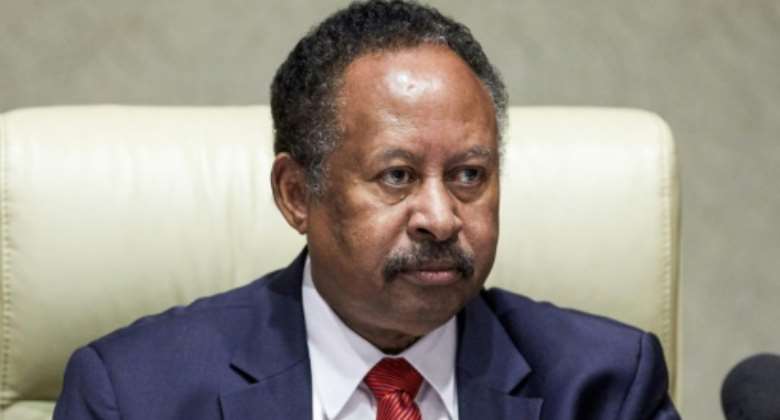 Sudan's Prime Minister Abdalla Hamdok was the face of the country's fragile transition to civilian rule for more than two years before he was detained in a military coup last month.

Now, it appears, he's back.

After weeks of house arrest, during which Sudan was rocked by mass protests, he was set to return to government under a deal with military leader General Abdel Fattah al-Burhan, a mediator said Sunday.

Hamdok, a British-educated economist who worked for the United Nations and African organisations, carved out an image as a champion of good governance and transparency over the course of a long and varied career.

He emerged as Sudan's civilian leader after a wave of unprecedented, youth-led protests brought down long-time autocrat Omar al-Bashir, who was arrested by the military in April 2019.

Hamdok was outside Sudan and not directly involved in the protest movement, but the appointment of the moustached technocrat was cheered by much of the population and greeted by the international community.

"With the right vision, with the right policies, we will be able to address this economic crisis," he said after taking his oath to lead the transitional government under a power-sharing deal with the generals.

"He has the skills we need the most at the moment," Sumaila Ibrahim, a 21-year-old student at Khartoum University, a hub of the protest movement, said at the time.

But Hamdok's challenges were vast: political turmoil and economic crisis, shortages of basic commodities, and the need to rebuild a banking sector he said had all but collapsed.

Sudanese anti-coup protesters carry the portrait of Prime Minister Abdalla Hamdok during a gathering in the capital Khartoum's twin city of Omdurman on October 30, 2021. By - (AFP/File)

Hamdok was born in 1956 in the state of South Kordofan.

After completing a degree in agricultural economics in Khartoum he moved to Manchester in the United Kingdom for his masters.

Years later his home state found itself on Sudan's southern border when South Sudan became independent in 2011 after decades of war with the north.

His own village turned into a war zone and Hamdok was keen to push for a resolution to Sudan's civil conflicts.

Hamdok drew on his experience in various African peace-building initiatives when Sudan signed a deal with rebel groups in October 2020 to end unrest in Sudan's regions of Darfur, Kordofan and Blue Nile.

Prior to joining the post-Bashir transition he was deputy executive secretary of the UN's Economic Commission for Africa in Addis Ababa.

In 2018 Hamdok had turned down an offer by Bashir to become finance minister as part of a government reshuffle.

Bashir's regime had long been under crippling US sanctions but, with Hamdok's government in power, Washington removed Sudan from a sponsors of terrorism list.

That and debt relief from international creditors opened the way for foreign investment.

A Sudanese demonstrator holds a poster bearing a crossed out face of Prime Minister Abdalla Hamdok, during a rally in front the presidential palace in the capital Khartoum, on October 21, 2021. By - (AFP/File)

The trade-off was tough economic reforms, many painful for the Sudanese people. His government scrapped subsidies on petrol and diesel and carried out a managed float of the Sudanese pound.

Many Sudanese saw the measures as too harsh and anti-government protests broke out in several parts of Sudan.

Delays in delivering justice to the families of those killed under Bashir, and even during the 2019 protests following the autocrat's ouster, also left Hamdok vulnerable to criticism.

Divisions deepened within the Forces for Freedom and Change, the umbrella civilian alliance which had spearheaded the protests against Bashir, and which picked Hamdok as premier in 2019.

On Sunday, Hamdok was released from house arrest even as police again clashed with protesters, set to once more help shape the future of his strife-torn country.

Speaking with AFP last week, the ambassador of key diplomatic player Norway, Therese Loken Gheziel, voiced her confidence, saying that Hamdok "can be that bridge that gets this country over ... troubled waters".