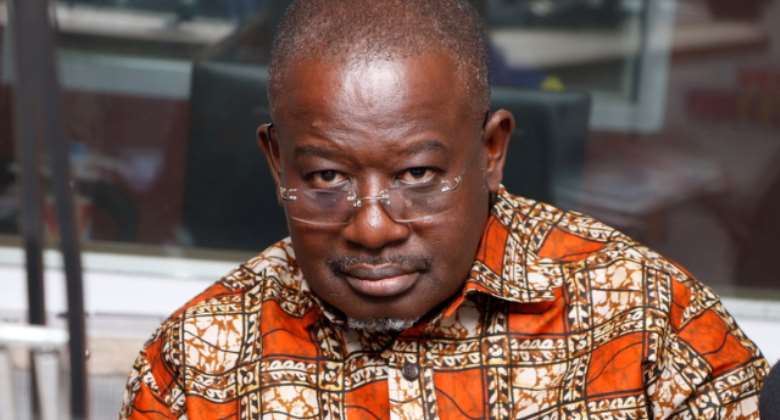 A member of the Convention Peoples’ Party (CPP), Kwame Gyantuah has described the constant opposition of the Speaker of Parliament Rt. Hon. Alban Sumaila Bagbin recent pronouncements by the Majority Leader in Parliament, Osei Kyei Mensah Bonsu is "abhorrent."

According to him, the posture of the Majority Leader has motivated some Ghanaians to verbally assault the Speaker on radio commentaries.

“I don’t care who the Speaker of Parliament is, in terms of what party he is, am talking about the office and if for anything at all, as Majority Leader you don’t agree with the Speaker, go into Caucus, and discuss with him and when you come out, come with consensus,” he noted.

He stressed further that, “Parliament, apart from there being an opposition and a Majority, is a House of consensus, you shouldn’t do that.”

Mr. Gyantuah was discussing on TV3 hosted by Berla Mundi the singular directive from the Roads and Highways Minister, Akwasi Amoako Attah to cease the collection of road tolls.

The Speaker of Parliament a day after the order also directed the Roads Minister to reverse the suspension of road tolls collection arguing that the Minister acted wrongly.

Mr. Gyantuah is asking the Roads Minister to obey the Speaker of Parliament order.

“I keep saying that presidents of this country have travelled the way from Shangrilla to Castle, they see hawkers on the street, they know it’s illegal, have they done anything about it? It is wrong, it is very wrong.

“Do you know how many workers are killed because of the work they are doing, and it’s because people don’t have work to do. But we should do something about it. We should create a certain environment where we can accommodate them,” he stressed.