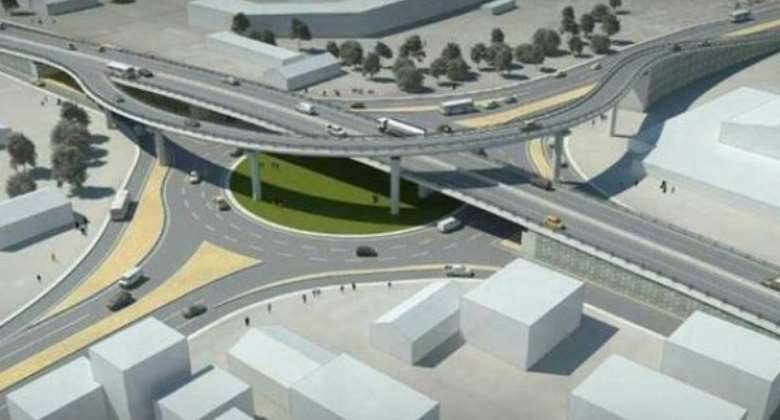 Shop and structure owners or operators along the stretch of the Takoradi Mall to “Pipe Ano” in Tanokrom, a suburb of the Sekondi-Takoradi Metropolis have been advised to vacate.

This is because the stretch had been earmarked for demolition to pave the way for the construction of the first-ever three-tier interchange in the Western Region.

Additionally, more than one thousand trees in the Metropolis are expected to be cut down due to the expansion project, but three times that number would be replanted after the project.

Mr Abdul Mumin Issah, the Metropolitan Chief Executive (MCE) of the Sekondi-Takoradi Assembly (STMA) who made this known said preparations were underway to commence the proposed dual carriage from Sekondi to Takoradi.

The MCE who was speaking in an interview with the media said the design had been completed and that the consultant would soon engage the public accordingly.

The PTC roundabout is being redeveloped into a three-tier interchange to ease traffic flow considerably and shorten travel time for commuters.

In that regard, Mr Issah mentioned that a possible road diversion through New Takoradi along the railway line that merged at the Effia-Nkwanta Regional Hospital was being considered.

The MCE, therefore, called on the public to desist from encroaching the “corridors of the road” because they would not be entitled to any compensation should their structures be demolished for the construction.

“Unless you are a legitimate landowner…you will not be paid anything should your structure be demolished “, he intimated.