The 'Serwaa Broni & Sons budget', off the Sisaala roads and the need for floating bridges and sky trains 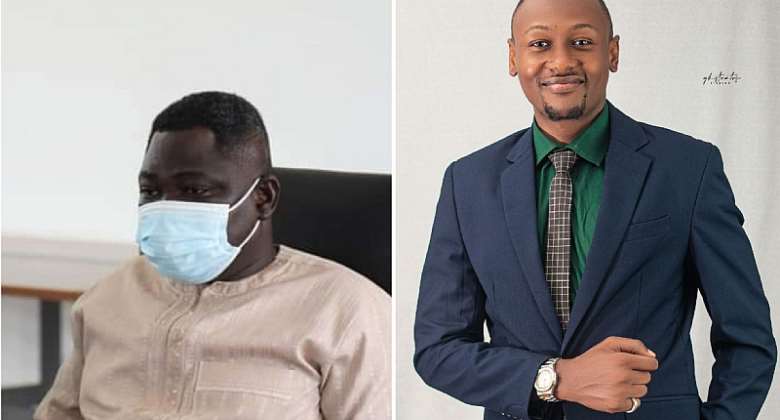 I have been an ardent advocate for social justice and equality since I can even remember. Since my days as the first president of Rights of Children's Club (ROC), somewhere 2005 ( if my memory sets me right), a Plan Ghana International + Miidan Educational Trust initiative to raise awareness of the rights & responsibilities of the Ordinary Ghanaian even in as far as the remotest corners of the Sisaala East Municipality spearheaded by the former Minister for Gender, Women & child protection, Ms. Otiko Afisa Djaba to my days today as a concerned citizen and not a spectator.

Somehow knowing our rights as a people was so pivotal that it took centre stage of almost the normal everyday lives of the ordinary Sisaala man. Today, the effects of all these investments in getting the Sisaala people educated on their rights and responsibilities is a vociferous, advocative people who will not relent on highlighting the everyday social inequalities that upset the normal lives making it unbearable.

Frustratingly, we are not only battling non-existent roads, but we are also struggling to even get fertilizer for our farms to enable us feed our families at least as a result of the super-abnormal prices of the fertilizer that the ordinary farmer can't afford. Thus, I don't want to sound like a doomsday prophet, but we are highly likely to face food shortages. The backside to this is that it will affect the bargaining power of the Sisaala people as we may not be able to produce as much cereal as we usually do thus losing an enviable position of power that we clearly don't have, in demanding some basic amenities that we deserve. I'm just thinking aloud.

As part of my advocacy for better treatment of the Sisaala enclave, knowing the terrain, and clamouring for our roads to be fixed, it is my humble wish that should in case government finally heeds our call to fix our roads, they should consider providing "floating bridges" in some parts of the Sisaala enclave to fix the annual perennial problem of torrential rains washing away our scarce bridges and just maybe in future we can add sky trains too when the MP lobby's for development.

But meantime, the Sisaala Roads must be fixed. We already are aware of a 12m Sisaala Town roads contract that has come to a halt plus the EU €34m farm access roads. We were grateful to have the roads minister visit the poor state of our roads promising to work on them. It's been sometime since we have heard anything about these roads contracts. It seems the budget has failed to capture our roads again.

It seems I'm asking too much. How about the vice president turned digital expert promise of concrete roads. The Sisaala people will prefer the concrete roads since they have proven to last longer. Well maybe if that is not forthcoming then we will accept the sky trains as well. This will even make transport easier considering the fact that we are farmers it will enhance easy transport of our produce to the bigger towns and cities for sale.

How about the Presidents promise of a benefiting Municipal hospital? The Sisaala land has produced many specialists in the health sector that can be brought in to help the Municipality. The MP together with the MCE & the Municipal health directorate can lobby by making a special request to the ministry of health for specialist health experts for the Sisaala people too. We must keep pushing.

Hon. Joe Ghartey has shown the way. I encourage my MP, Hon. Chinnia Amidu to also write to the Finance Minister & subsequently the roads minister to seek clarification on the budget about the state of the Sisaala East roads.

While your constituency grapple & grin our teeth on the 22 new taxes the government has introduced I expect swift action to be taken in the above paragraph.

However, while also patting you on the back for all you are doing and wish to do we can only remind you to keep pressing on as we only but seek what we deserve as a people which we can only get through lobby.

Hottest Photo Reports
Catch up with all the political quotes from our politicians.
Advertise here
More Opinion
ModernGhana Links
NPP MPs Recretly Collapsed "Agyenkwa Budget"
2022 Agyenkwa Budget 'Rejected'; A Nullity or a Legality
Memory Four Years Ago In November Of The Liberian 2017 Presidential Election First Round Saga
Vietnam Could Benefit From Resolving The Rohingya Crisis Between Bangladesh and Myanmar
NEIP: Is there any Auditor-Generals Report on the collapse NEIP yet?
Examination malpractices in Ghana: Sanitizing a corrupt examination regime
Bawumia Is Right, Digitization Is The Future
The 2022 'krom ay3 shi' budget
The 2022 Budget: Is the E-Transaction Levy, A Burden?
TOP STORIES

We say no to Bagbin's political charlatanism, partisan chica...
49 minutes ago