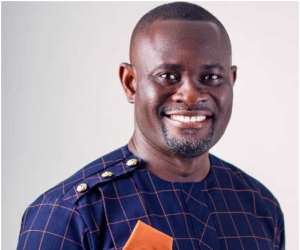 A Deputy Minister of Finance, John Kumah has kicked against the Speaker of Parliament, Alban Kingsford Sumana Bagbin's directive asking the Roads and Highways Minister, Kwasi Amoako-Atta, to reverse his decision to suspend the collection of road tolls.

The Speaker said on Thursday at the floor of the Parliament House that the Budget Statement and Government's Economic Policy are policy proposals that the Minister of Finance has presented to the House and until they are approved nobody has the authority to start implementing an aspect of it.

According to John Kumah, “the Road Minister was right in law to suspend road tolls since the law allows him to do that”.

The Deputy Minister of Finance, also MP for Ejisu reacting to the issue explained that the Tolls Act 1973, NRCD 153 provides as follows: the Minister may, by legislative instrument, make Regulations (a) declaring a road to be a toll road, (b) declaring a bridge to be a toll bridge, and (c) fixing the tolls to be levied.

He added that “So the authority on road tolls has been given in law to the road minister”.

According to John Kumah “, this means that he also has the power to suspend the collection of road tolls at any time without recourse to parliament as provided in Article 97 of the 1992 Constitution of Ghana states as follows

Article 297 clause (d) Where a power is conferred to make any constitutional or statutory instrument, regulations or rule or pass any resolution or give any directions.

“The power shall be construed as including the power, exercisable In the same manner, to amend or revoke the constitutional or statutory instrument, regulation, rule or resolution or direction as the case may be.

He added that “the authority for the road minister was not in the approval of the 2022 budget but the Road Tolls Act and the 1992 Constitution of Ghana”.

Latest Photo Reports
Catch up with all the political quotes from our politicians.
Advertise here
More from Politics
ModernGhana Links
'IPAC no longer 'proper' forum' – Asiefu Nketia as he accuses Jean Mensa of snubbing Peace Council
U/E/R: Tempane DCE commends Akufo-Addo for visit to the region
U/E/R: 'Continue to trust in the Lord for giving you a great leader like Akufo-Addo; 2022 is year of water' — Cecilia Abena Dapaah [VIDEO]
TOP STORIES