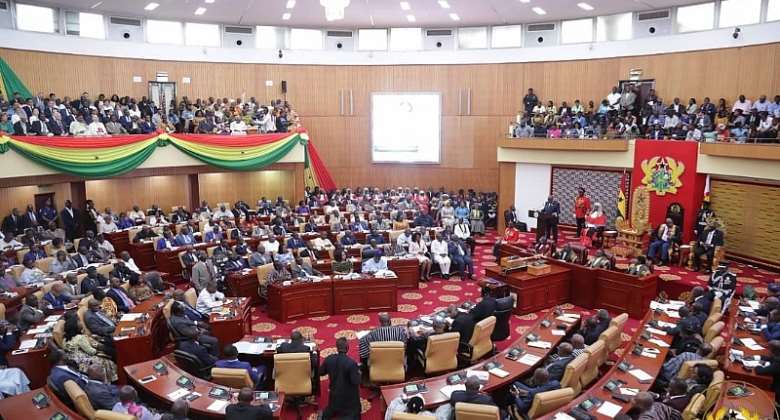 A directive by Speaker of Parliament Alban Bagbin on Thursday to Roads and Highways Minister Kwasi Amoako Atta over the cessation of payment of road tolls has been challenged by the Majority in Parliament.

Moments after the Speaker's ruling, Majority Chief Whip Frank Annoh-Dompreh challenged the ruling of the Speaker, on the grounds that it was not a resolution from the entire House, and the House should have reached a resolution before the Speaker should issue a pronouncement on it.

Mr Amoako Atta directed immediate cessation of the collection of road and bridge tolls, after Finance Minister, Ken Ofori-Atta had proposed it in the 2022 Budget delivered to Parliament in Accra on Wednesday, 17th November, 2021.

From midnight of Thursday, November 18, the collection of road and bridge tolls must cease on all public roads across the country, the Ministry of Roads and Highways directed.

Mr Ofori-Atta told Parliament that the proposal would take effect after the budget had been approved.

However, a statement signed by Kwasi Amoako-Atta, Roads Minister, said the directive would take effect from 1200 hours on Thursday.

At Thursday's plenary siting in Accra, Minority Leader Haruna Iddrisu, quoting several pieces of legislation, including the Fees and Charges Miscellaneous Provisions Act, Act 983 and the Road and Tolls Act, 1973, NRCD 153, Mr Iddrisu however took a serious view of the Minister's action.

He urged the House to take a serious view of the conduct of the Minister, saying it was an attempt to usurp the powers and mandate of the House.

The Minority Leader said the conduct of the Minister suggested that the country was not governed by law.

He warned that if such practice was allowed to continue, with Ministers issuing arbitrary directives without prior approval of people's representatives, the state would be plunged into lawlessness.

MP for Abuakwa South, Samuel Atta Akyea, submitted that the action of the Minister was not disrespect. But a misreading of the law, and it could be administrative error.

He said the Minister's action was a matter of law, referrable to the Attorney General, and the Minister might have apprehended rather than disrespecting the law, adding that, it was too early in the day to impugn disrespect of the law.

MP for Adaklu and Ranking Member of the Roads and Transport Committee, Kwame Governs Agbodza, also argued that Minister had no power issue such a directive, because he was on an official trip with the President, outside the jurisdiction.

Majority Leader Osei Kyei-Mensah- Bonsu said the Minister's directive was given out “timeously” to avoid chaotic situation as information was received that confusion was developing due to the announcement of the proposed cancellation of the tolls.

He agreed that the directive did not conform to legality, but it did not suspend the law but its operationalization.

In a ruling, Speaker Bagbin, quoting the introductory statement of the budget statement said what was before the House was a proposal, and until the House approved it, it could not be implemented.

He said the Minister had no such authority to issue the directive; and then proceeding to implement the directive, could amount to contempt of parliament.