We only suspended operations of toll collection, not the law – Roads Ministry 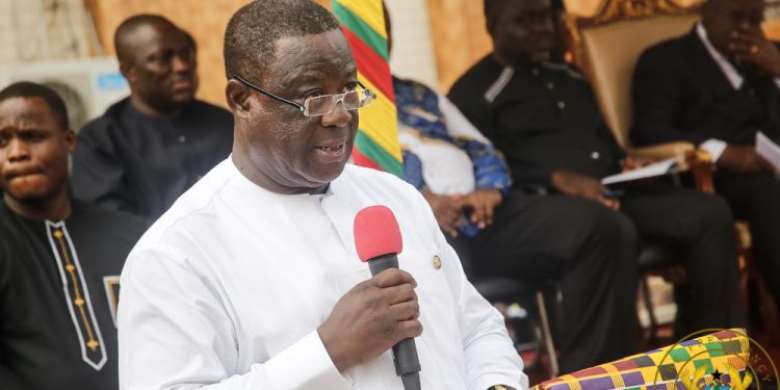 The Roads and Highways Ministry has clarified that the directive for the cessation of the collection of tolls on public roads was not to set aside the laws for toll collection.

According to the Ministry, the directive was to the effect of stopping the operational duties of toll collection due to some unfortunate events that occurred at various toll booths on Wednesday.

The Ministry in a statement explained that many road users insisted on not paying road tolls, and that some even engaged in near fisticuffs with toll collectors on Wednesday after the Ministry of Finance, Ken Ofori-Atta announced before Parliament that the government had abolished road tolls.

“Unfortunately, the Minister of Finance’s statement either got misunderstood or misinterpreted by some motorists, as many of them deemed the statement as having immediate effect and therefore decided not to pay the road and bridge tolls. The insistence of the toll collected to have the tolls paid caused serious confusion and in some cases, resulted in fisticuffs and damage to lives and property,” the statement said.

The Ministry said the decision of Kwesi Amoako-Atta to direct the suspension of the collection of tolls was therefore to “avert further unfortunate incidents.”

The statement however did not state specifically if the cessation was going to be reversed as directed by Parliament.

The Speaker of Parliament, Alban Bagbin explained that the instruction by the Roads Minister was illegal and must be immediately withdrawn.

He said until then, the Minister had no right or legal basis to issue directives for road tolls, which are a source of government revenue approved by Parliament, to be stopped.

“It is a proposal they [government] are presenting to us for us to approve, and it takes effect on January 1, 2022, to December 31, 2022… Until this budget is approved, all what is contained in the budget are proposals. We have the authority to approve it… Until that has been approved, nobody has the authority to start implementing something that does not exist,” he said.

He warned that the Minister could be charged for contempt of Parliament if he does not reverse the order.

Meanwhile, the Majority Chief Whip in Parliament, Frank Annoh-Dompreh, says the Speaker's directive to the Roads and Highways Minister to reverse the cessation of the collection road tolls is an error.

He insists the Speaker, Alban Bagbin, does not have the “persona” in this regard making it wrong for him to give such an order as though that is the official position of Parliament.

“Based on standards and the standing orders of the House, the Speaker cannot rule on his own authority and say that he is directing. The Speaker is not above the House, he is not a Member of Parliament, so the Speaker's ruling is to convey the position of the house. So to start, we think that the Speaker erred in his ruling and he should consider it again”, he told the media.

The Majority Leader and Minister for Parliamentary Affairs, Osei Kyei Mensah-Bonsu had given the same reasons the Ministry is now giving for the decision when he spoke in Parliament on Thursday.

Hottest Photo Reports
Catch up with all the political quotes from our politicians.
Advertise here
More from Politics
ModernGhana Links
'IPAC no longer 'proper' forum' – Asiefu Nketia as he accuses Jean Mensa of snubbing Peace Council
U/E/R: Tempane DCE commends Akufo-Addo for visit to the region
U/E/R: 'Continue to trust in the Lord for giving you a great leader like Akufo-Addo; 2022 is year of water' — Cecilia Abena Dapaah [VIDEO]
TOP STORIES