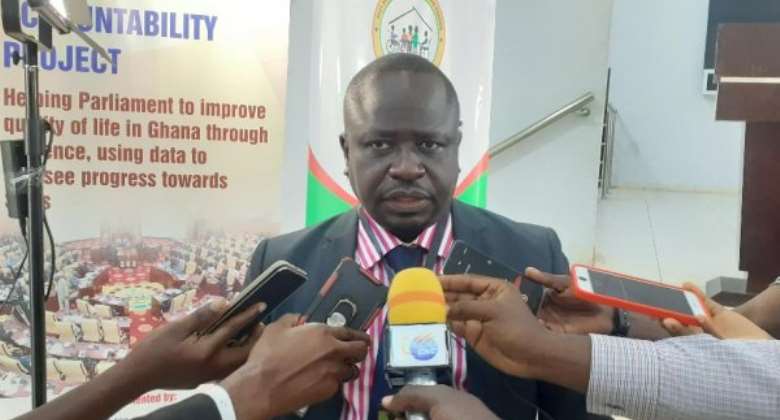 Professor Kobina Annim, the Government Statistician, said 47.8 per cent of the increase in the urban population was in the Greater Accra and Ashanti regions.

Greater Accra, Ashanti, Eastern and Central regions had more than 50 per cent of the country's population, he said on Thursday at the launch of the 2021 Population and Housing Census general report.

However, in rural areas, males outnumber females by 0.3 percent.

Male populations below 20 years outnumber their female counterparts in all the regions, except Greater Accra.

People in the age group of 30-64 years, predominantly the working age category, are dominated by males in Western North, Ahafo and Western regions.

Prof Annim said the annual inter-censal population growth rate between 2010 and 2021 was 2.1 percent, the lowest since independence and varied from 3.7 per cent in the Northern Region to 1.0 percent in the Eastern Region.

The Government Statistician said the average household size decreased between the years, 2010 and 2021 in both urban areas from 4.1 to 3.3 and rural areas from 5.0 to 4.0.

He said national population density, which was the number of persons occupying a square kilometre of area, increased by 26 persons between 2010 (103) and 2021 (129).

He said 294,341 of the enumerated population, which constituted one per cent of the figure, were non-Ghanaians and that nine out of 10 non-Ghanaian population of 270,838 were from the ECOWAS region.

Also, one out of every eight married persons had not registered their marriages, while more women than men were separated, divorced or widowed.

He said majority of persons were born in the localities where they were enumerated with a higher proportion for males than females.

Prof Annim said 68.6 per cent of the population had health insurance coverage with higher coverage for females than males.

Touching on religious affiliation, he said 74.7 per cent of Christians were in the urban areas, with 66.9 per cent in the rural areas.

For other religions - 3.3 per cent of the practitioners were in the urban areas and 6.1 per cent in the rural areas.