The Bafana Bafanas are sore losers 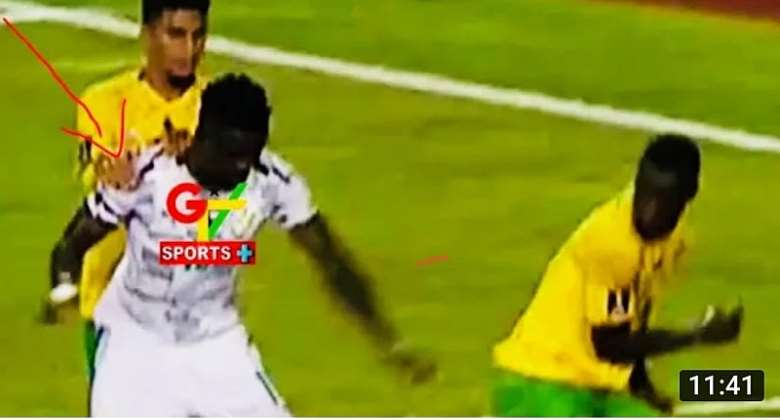 So what's coming over the Bafana Bafana handlers and their supporters?

Yeah, I don't get it. Is it a case that the invincible Blackstars of yore has lost its glory that relatively this Bafana Bafanas who are far distant juniors in footballing history can't accept defeat by our boys in good faith anymore?

Where from these press conference upon press conference blaming everyone else safe their outwitted Hugo Broos and his tactically bankrupt charges he paraded against the hungry Blackstars who smell World Cup reappearance in the air?

The South Africans must be told that it's the Blackstars they played against. The citadel of African football. The pantheon of football legends. The crème de la crème of pitch gods. The home of the Abedi Peles.

Prior to the 2006 world cup, we'd drubbed this selfsame unfancied Bafana Bafana side home and away.

Literally, a local champion Charles Taylor who then played for Kotoko retired the South African superstar Mark Fish. If you watched the first leg played in the Kumasi Baba Yara Stadium, the then hotcake Kotoko forward ran in and out of Mark Fish, dribbled him till he fell buttocks down. It's widely claimed that the Charles Taylor shaming marked Mark Fish's retirement from international football.

We followed with that Ghana win and held them captive in their own backyard, nailing them two unanswered goals. Seen?

What has changed so much so that South Africa is not ready to accept defeat in the hands of the Stars of Africa again?

This evening (17/11/2021) it's reported in Radio Ghana news that a Ghanaian Barber living in South Africa has been killed by a Bafana Bafana football fan sequel to this one nil vengeance they tasted in Ghana.

Is football not played within ninety minutes and more?

Even assuming without admitting, if the referee erred awarding Ghana the penalty in the first half, on the half hour mark, wasn't there more room to redeem the deficit if they were so strong as they want the world to believe?

The Bafana Bafana should be told without mincing words that our Blackstars is our God. We worship it. We pray to it. And in times of need, as it happened against the unlucky Bafana Bafana side, they deliver.

We are true winners. Bafana Bafana should take it to all the world's highest courts they could afford, all we care is we've sliced them into pieces.

And knowing very well they pinned down Daniel Amartey in their danger box, the Senegalese umpire of the game who they're haunting now was right in his decision.

Today, they're blaming the ball boys too for not releasing the balls in earnest during the duration of the game hence their loss. Who else won't they blame safe themselves?

They should give us a break.

Our next headache is the next opponent in the final round, as we set our eyes on the beautiful stadia of Qatar in the 2022 Mundial.