E-Levy: This same Bawumia who wants to be hailed for digitisation is taxing MoMo — CPP’s Osei Kofi jabs 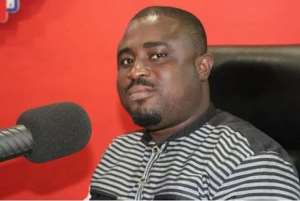 He said it does not make sense for a government that is championing digitisation to be seen introducing a tax to discourage Ghanaians from patronising the very platform they are promoting in the country.

In a Facebook post on Wednesday evening, Mr. Osei Kofi Acquah stated, “The same man who wants to be hailed for a supposed digitization is trying everything to discourage the use of the very digitalize platform.”

The CPP youth Organiser is not the only one who has criticized the proposed E-Levy, many Ghanaians have kicked against the levy including the Minority in Parliament vowing to use every available means to make sure the levy doesn't see the light of day.

The critics have referred the Vice President to an interview he granted to Peace FM in August 2020 saying that Mobile Money users form a greater part of poor persons in the Ghanaian society and must therefore not be taxed.

He told Kwame Sefa Kayi, "I don’t think Mobile Money should be taxed because most of the people who use the service are poor people so if you put more taxes on it they will suffer."

So on top of the existing talk tax, the charges by metamorphosed Telecommunications companies into banks and insurance companies who should be charged for trade divestiture, now they are now going to charge us 1.7% of every electronic charges?

Evading taxes is a crime, but avoiding it is not.

The same man who wants to be hailed for a supposed digitization is trying everything to discourage the use of the very digitalize platform.

Indeed this is a Serwaa Broni budget