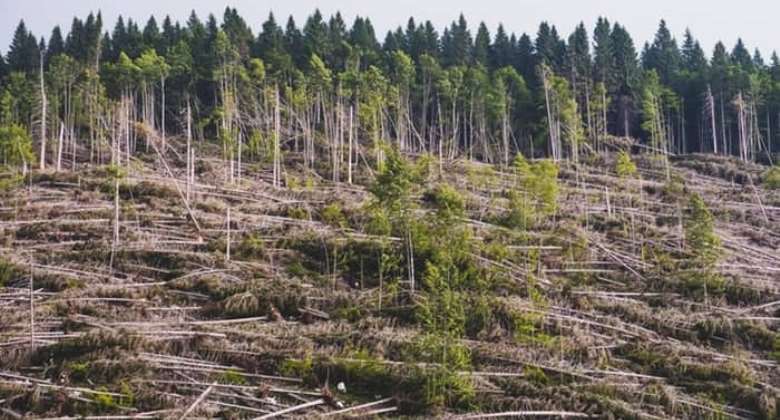 WRITING UNDER the caption “Let's sing about climate change”, Okyeame Kwame in Daily Graphic of 13/11/21 urged musicians to write and sing about climate change issues. “The message should just go down to the people, basically everyone should be involved and let's leave the 'big big' English at the governmental and stakeholder level. We need to put the message in songs so people can understand and that is exactly what I'm going to do. And we need to galvanise young people, especially, to demand from our leaders the commitments that they have made so we can make the world a better place, not only for ourselves but for our children' children who actually own the earth…”.

After a grueling 2-week debate, the United Nations global conference on Climate change ended on Sunday, 14th November, 2021. The Conference of Parties (COP 26) that began in Glasgow, Scotland was accompanied by dire warnings from the scientific community of a mounting world-wide climate crisis.

When Ghana's President attended the Glasgow Conference (with a delegation of over 300 Ghanaians from various sectors), he noted: “Even though we, in Africa, are the least of the contributors to this phenomenon, responsible for less than four percent (4%) of the global volume of carbon emissions, we suffer the most because our agrarian and resource – driven economics are peculiarly susceptible to the effects of climate change, and our capacity to withstand its shocks is weak…”. Nana Addo lamented: “We are naturally, very disappointed by the failure of the making available one hundred billion dollars (US$100 billion) annually to the poorer countries to assist us in the fight against climate change, and by the unavailability of the technology transfer that will help us find sustainable ways of charting a path out of the existential crisis. Those same nations are, however, insisting that we abandon the opportunity for rapid development of our economies. That would be tantamount to enshrining inequality of the highest order, atotally unacceptable conclusion”.

Okyeame Kwame notes: “we need to let the conversation on climate change disseminate down to the everyday folk… to that person walking through Kejetia or Kwame Nkrumah Circle… to that person in school throwing something down thinking someone will sweep it”. He charges all and sundry: “… unplug your phones when fully charged so we can save energy for the next month; don't urinate in rivers because they are a life source for other people; cut down galamsey; don't poison the water bodies with mercury… the conversation must go everywhere because it is not only development; it's about morality, intelligence, education, entertainment and everything else.

The COP 26 Conference resulted in the signing of the Glasgow Climate Pact which was negotiated by consensus of the representatives of the 197 attending parties. The resolution was less stringent than expected – because of last – minute interventions by China and India (heavily reliant on coal) against the banning of coal production and fossil fuel. Nonetheless the pact was the first climate deal that was clearly committed to reducing the use of coal. Included in the resolution was a cut in emissions and finance to developing countries to adapt to the impact of climate change. India pledged zero-emission by 2070, Brazil-2050.

Emissions are expected to fall around 45% by 2030 and by that same year greenhouse gases must be under control. The world will hopefully limit warming to 1.5 degrees Celsius (2.7 degrees Fahrenheit by 2100).

Aminath Shauna Minister of Environment, Climate Change and Technology of the Maldives spoke the minds of all developing countries when she stated: “Please, do us the courtesy to acknowledge that it does not bring hope to our hearts but serves as yet another conversation where we put our homes on the line, while those who have other options decide how quickly they want to act to save those who don't.”

Tina Stege, the Climate Envoy of Marshall Islands stated: “The safety of my children and yours hangs in the balance. It's time for us to level up. We need to keep returning to the table.” Despite the offer of £2 million by Scotland to support a “loss and damage” fund, the richer nations did not give it the needed buttress. 2 million people are at risk of starvation in Kenya, and Keriako Tobiko of Kenya's Ministry of Environment and Forestry saw the conference as a disappointment. Tobiko noted: “What we have in mind is not giving money to consultants to fly around and to come educate us, teach us about what loss and damage is.”

Dr. Emmanuel Tachie Obeng, Ghana's Deputy Director of the Environmental Protection Agency in charge of the Climate Change Unit tells us that other countries are approaching Ghana to learn about how Ghana managed to introduce climate change into the basic school curricula. This was done during the 2020 academic year. Dr. Obeng reveals its impact: “We did an evaluation and one of the school children told us that he went home and the things we told him not to do were what his parents were doing – having home close to the river. So he threatened not to go to school if his parents did not leave that place because of rising water levels.”

In 1964, veteran poet Kofi Awonnor from Wheta got his poem: “The Sea Eats the land at home “published”. The “sea” is personified and brings to the fore the agonies of the people: “At home the sea is in the town, Running in and out of the cooking places, Collecting the firewood from the hearts… It came one day in the dead of night, Destroying the cement walls, And carried away the fowls, The cooking pots and the ladies,…It is a sad thing to hear the walls, And the mourning shouts of the women… Aku stood outside where her cooking pot stood, With her two children shivering from the cold, Her hands on her breasts, Weeping mournfully… Goats and fowls were struggling in the water… It has taken away their belongings…” This was in 1964.What is the plight of the people of Keta in 2021 in the eye of the storm of climate change? And what about all the people living in the coastal belt? And what about all those in low-lying places? And what about those in the north that suffer floods whenever the Bagre Dan is opened in Burkina Faso? This is no blah, blah, blah. This is no big, big English, we hope. It is a down-to-earth discourse of climate change which brings in its wake massive flooding, including tidal waves and storms, intense drought, heat waves… all affecting human life, wildlife and fresh water supplies…

COVID-19: Our responsibility to one another is to get vaccin...
19 minutes ago

Bawku disturbance: Cooperate with government to ensure peace...
27 minutes ago