Parliament to debate 2022 budget on November 23 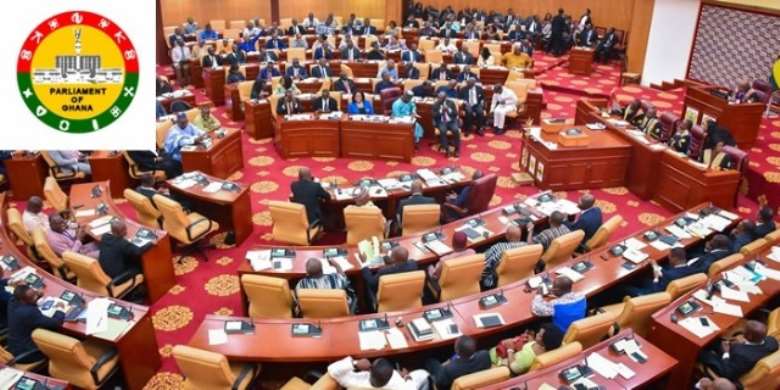 Members of Parliament will begin debate on the 2022 Budget Statement on Tuesday, November 23.

The Minister for Finance on Wednesday, November 18, 2021 announced new measures to shore-up government revenue and to enhance job creation in the 2022 fiscal year.

The budget statement among others indicated that government intends to raise revenue through the imposition of 1.75 percent levy on all electronic transactions.

The Minister for Finance also announced the commencement of a billion cedi 'YouStart' initiative to boost job creation for the youth.

Speaking on the floor of parliament, the Majority Leader, Osei Kyei Mensah-Bonsu, said “the leadership of the house after deliberations has settled on commencing the debate on the 2022 budget statement from Tuesday the 23rd of November.”

Meanwhile, the Minority in Parliament has vowed to resist the government's decision to impose a 1.75 percent levy on all electronic transactions.

The Finance Minister, Ken Ofori-Atta, who disclosed this during the presentation of the 2021 Budget Statement, said the levy is aimed at enhancing financial inclusion and protecting the vulnerable.

However, the Ranking Member on the Finance Committee of Parliament, Cassiel Ato Forson disagrees.

Latest Photo Reports
Catch up with all the political quotes from our politicians.
Advertise here
More Parliament
ModernGhana Links
Heated debate as Minority moves motion to set aside approval of 2022 budget
Rejected 2022 budget to take center stage in parliament today
Today is 'do or die' as Parliamentary ends debate to vote on 2022 budget
Minority vex over Finance Minister, deputies’ absence at 2022 budget debate
Set example by cutting costs, deal with sole sourcing – Kwaku Kwarteng charges Parliament
MPs to debate 2022 budget on November 23
Debate on 2022 Budget Statement begins on November 23
Parliament remembers Rawlings a year after demise
Re: Formation of NDDC Board not part of my responsibilities
TOP STORIES