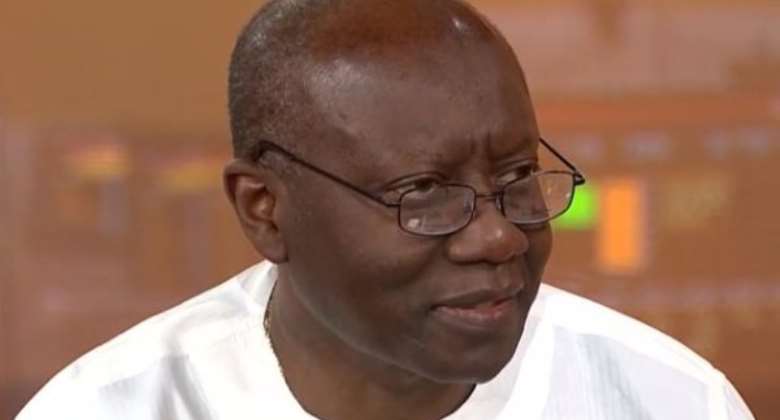 Total revenue and grants for 2022 is projected to rise to GH¢100.5 billion, equivalent to 20.0 per cent of Gross Domestic Product (GDP), Ken Ofori-Atta, Finance Minister announced on Wednesday.

The Finance Minister announced this when he presented Government's 2022 Economic Policy and Budget Statement to Parliament on Wednesday.

It was on the theme: “Building a Sustainable Entrepreneurial Nation: Fiscal Consolidation and Job Creation.”

Mr Ofori-Atta said domestic revenue was estimated at GH¢99.5 billion, representing an annual growth of 44.0 per cent over the projected outturn for 2021.

He said this was a result of the impact of a major progressive tax policy, complemented by improvements in tax compliance and reforms in revenue administration outlined by the government.

“Mr Speaker, the resource mobilisation for 2022 is underpinned by revenue policy initiatives. The increase in domestic revenue by 44.0 per cent is as a result of the impact of a major progressive tax policy, (“Baako P3”) complemented by improvements in tax compliance and reforms in revenue administration that we have outlined in this budget,” he added.

Mr Ofori-Atta also announced a 1.75 per cent tax on all electronic transactions, including mobile money payments, bank transfers, merchant payments and inward remittances, as part of efforts to widen the tax net and rope in the informal sector.

To safeguard efforts being made to enhance financial inclusion and protect the vulnerable, the Finance Minister said all transactions that added up to GH¢100 or less per day (which is approximately GH¢3000 would be exempted from the levy.

He said a portion of the proceeds accrued from the E-Levy would be used to support entrepreneurship, youth employment, cyber security, digital and road infrastructure, among others.

“Mr Speaker, this new policy also comes into effect (once appropriation is passed) from 1st January 2022. The Government will work with all industry partners to ensure that their systems and payment platforms are configured to implement the policy,” he announced.