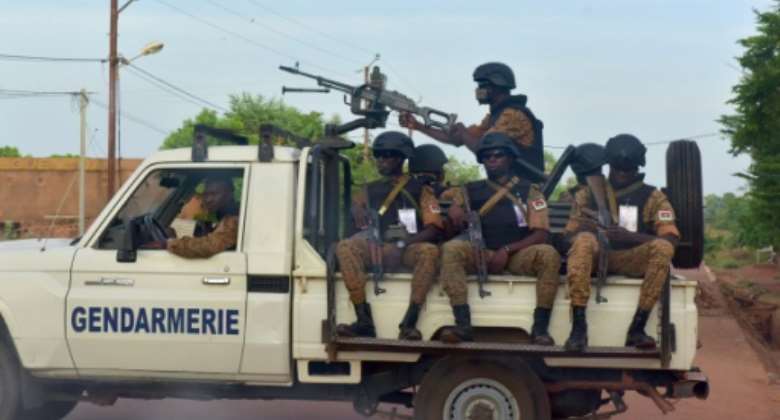 The attack is one of the deadliest to hit Burkina Faso since jihadist violence erupted six years ago. By ISSOUF SANOGO (AFP/File)

The death toll in a weekend attack by suspected jihadists on a gendarmerie in northern Burkina Faso has risen to 53, the government said Wednesday.

There are fears that the toll could rise even further from the attack, one of the deadliest to hit the West African country's defence and security forces since jihadist violence erupted six years ago.

A "large number of armed individuals" travelling on pick-up trucks and motorcycles attacked the Inata gendarmerie near the Malian border before dawn on Sunday, leading to "lengthy exchanges of gunfire", according to a security source.

On Monday the death toll was reported as 32.

But government spokesman Ousseni Tamboura said Wednesday that a total of 53 people were killed, 49 gendarmes and four civilians.

"Fortunately, we have found 46 gendarmes" alive, he said after a cabinet meeting.

However local sources said that around 150 gendarmes were stationed at the facility in Inata, meaning the toll could yet rise further.

Tamboura said that the head of the armed forces in the north of the country had been removed from his post following the attack.

Hundreds of people protested in several cities across the country on Tuesday to demand resignations over the "inability to stop the terrorist attacks".

The country has been declared in mourning from Tuesday until Thursday.

Burkina Faso has been hit by jihadist attacks since 2015, mostly in the northern and eastern regions close to Mali and Niger -- countries facing their own struggles against jihadists.

Jihadist attacks, often coupled with ambushes and attributed to movements affiliated to the Islamic State group and Al-Qaeda, have killed more than 2,000 people and forced more than 1.4 million to flee their homes.

Covid-19: Pre-packed snacks should be served in planes to cu...
3 hours ago